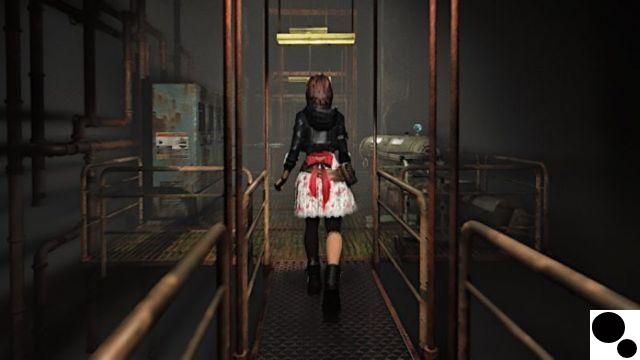 There are a ton of great horror games releasing in 2022 or titles that are already available to play and play today. However, if you are looking for other survival horror game experiences, we have a few games to recommend. In this list, we're highlighting the best survival horror games we hope to see released in 2022. That doesn't mean all of the games on this list will be available this year, but here are some early releases as well as a couple that you can recover today.

One game that had a lot of fans eager to see the release comes from an indie development studio named Team Clout who also use Patreon to help keep their game production going. It's a pretty unusual title that doesn't contain a ton information at this time. It will be a first-person perspective video game where players will deal with truly grotesque monsters. This project is something the developers are working on and hope to see break into full production, but news of this game is a bit sparse here, so we'll have to wait for more details to come out. Either way, the images released so far make us want to dive into the title when it becomes readily available. Currently, a 2022 release might be wishful thinking right now.

A new PlayStation 5-exclusive survival horror game is in the works. The title is called Abandoned which was recently unveiled at the time of writing this description. There's not a whole lot of information out there, but we know the developers want to bring out a cinematic survival horror experience that's also grounded in realism. Although the trailer doesn't feature any gameplay footage just yet, the visuals appear to be centered around a deep wooden forest. So far, the developers have unveiled that players take on the role of Jason Longfield who has been kidnapped and taken to a strange forest for a dark purpose. From there, the game is based on players having to escape, but don't expect a run and shoot experience. Instead, this is a title where players will have to hide and think carefully before shooting. It seems that your breath can affect your aiming accuracy, so if you're out of breath or overly scared, there's a chance our protagonist has a pretty poor shot. Currently, the developers are aiming for a release later this year.

Saturnalia is an upcoming title that has a bit of a roguelike element to it. The game centers on a strange village that finds its citizens slowly being killed. Players here are forced to explore the area in hopes of finding out what's going on. However, if the player takes too long and all villagers are killed, the game will swap around the village to new locations. Essentially, players are given a new village to explore. This title has a unique visual style and we are sure there will be a lot of interest when the title hits the market. While the game was originally slated for 2022, the game has been pushed back to 2022 where it will be released exclusively on the Epic Games Store. For now, we'll have to wait and see when the developers can release this game as it's only scheduled for the fourth quarter of this year.

Dead Space was such an iconic game that it's a bit surprising that we didn't get a reboot for modern platforms. However, there seems to be an upcoming title deeply inspired by Dead Space called Negative Atmosphere. We don't know much about this game yet, it features some great Dead Space vibes. The initial trailer showed an individual traversing a narrow aisle spaceship where he is intercepted by a type of mutated creature that brutally kills the character. We also know that there are Android security bots that will also prove deadly to deal with. For now, we're waiting to see when this game releases with some of the finer details on what to expect from Negative Atmosphere. That said, it has already caught the attention of many fans who are hoping for it to hit the market by 2022.

Quantum Error centers on a research facility in California that comes under attack from an unknown supernatural entity. It is here that research enters confinement and fires quickly engulf the building. Meanwhile, nearby firefighters are called in for help and players are put in the role of Captain Jacob Thomas to accompany a team to save as many lives as possible from the burning building. However, once you get there, it's clear that something much more sinister is going on. It's no longer a fight to put out fires and save lives, but to save your own life from some terrifying enemies. Currently, the game is expected to hit the market this year where you can expect lots of FPS action puzzles to solve, and of course keep your character out of harm's way.

Tormented Souls is an upcoming title created by development team Dual Effect and Abstract Digital based on inspirations from classic survival horror video games. For example, the developers noted their inspirations in classic hits such as the original Resident Evil games and Silent Hill. While the controls will be more modern, the title will have a limited inventory, rare resources, plenty of puzzles, a ton of exploration, and a twisting horror narrative to navigate. Players take on the role of Caroline Walker who investigates the disappearance of two little girls. She took her to an old mansion where she mysteriously wakes up in a tub hooked up to some sort of medical device. Now trapped in this huge mansion, Caroline is forced to venture out in search of clues to what is happening here.

Mundaun is quite a unique survival horror game as the visuals look like they were drawn from a pencil. It's also a game that's currently available right now with fans enjoying the experience crafted by the Hidden Fields developers. This title centers on the protagonist learning about the mysterious death of his grandfather. As a result, we return to Mundaun for the first time since the protagonist was a child to piece together all the clues to what happened that day. It's a very atmospheric game with lots of puzzles to solve as you explore the area. Of course, there are hostile creatures lurking around the town that you'll need to be careful not to trip over.

State of Decay has launched two installments in the market where players venture into an open world trying to survive the zombie apocalypse. There was plenty of cooperative play as players sought to rescue NPCs, build community, scavenge resources, and, of course, battle against all sorts of hostile enemies. However, we know that a new opus is in preparation. We only have a small teaser for this game at the moment until Microsoft reveals more of what they have planned with State of Decay 3. However, that said, there are two very notable things that we might see appear in State of Decay 3 thanks to the quick teaser. For starters, it looks like the protagonist is in a wintry tundra area, which could mean having to battle elements like frost. Meanwhile, there is also a mutated zombified deer that eats another deer's carcass. This could be an indicator that this next major installment will also have to deal with zombie animals. Of course, we're only speculating on the teaser at the moment, but hopefully we'll have more details on this next episode soon.

One of the most anticipated games for a few genres right now is The Day Before. It's a game set in a post-pandemic America after the zombie virus has turned much of humanity into mindless creatures. Players are just another human soul trying to survive the harsh world by any means necessary. As it is an MMO title, other players can join the game, which means that not only do you collect resources and fight hostile mobs, but you will also have to deal with potentially hostile players. Meanwhile, as you search for resources, you'll also have the option to join up with friends and create your own party, whether to be friendly and help others in need or prey on the weak for their sake. valuable equipment. So far, we're still waiting for a release date for this game, so 2022 could very well be out of the question.