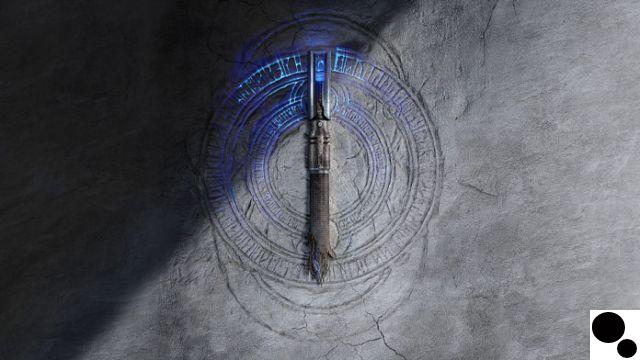 You can unlock Darth Maul's power in Star Wars Jedi: Fallen Order early if you follow a path through an unlockable planet and reach a very special workstation. As you progress through the game, your hero will be able to unlock new powers and fighting styles, which is one of the coolest things for Star Wars fans.

Naturally, the double-bladed lightsaber is an invention of Darth Maul - the sith-clad villain from Star Wars: The Phantom Menace. It's also the part of this movie that most fans seem to still love. Darth Maul has had a resurgence over the years of research, thanks to his notable appearances in Star Wars: The Clone Wars - and he's only appeared more often since.

The double-bladed lightsaber is an ideal weapon for crowd control in Star Wars Jedi: Fallen Order. Using it turns you into a whirlwind of destruction, dealing with large groups with powerful force and able to continuously reflect blaster shards. Find out how to get it fast below, so you can start slicing up fools early.

Where To Find The Double-Bladed Lightsaber | Dathomir Guide

(Work in progress: Check back soon for more pictures!)

Follow the main story on Bogano, until you reach the text in the old vault. Your next destination is Dathomir. On Dathomir, from your landing site, go right until you climb the ivy on the cliff face. Go right and uphill until you come back to a cliff.

From there, turn right and climb the two steps until you find an inside passage. Wall-run and jump inside and climb more ivy to an abandoned camp. At the top, turn immediately right and follow the path that leads to the huge entrance gates of the temple.


Watch out for the Nightbrothers inside! Keep moving forward, swing into the gap and take the climb. Instead of advancing up, turn and follow the upper walkway back until you reach a room with a campfire and stairs leading up. Go left at the fork and enter another room with a campfire – run against a wall, jump on a branch and use it to reach the upper level.


In front of you, head through two doors and go down the left door. In the future, you'll reach an outdoor area - jump over an ivy wall onto a stone platform with a strange man in a black robe. From this guy, turn around, drop down, and enter a nearby hallway with a workbench.

Use this workbench and you can turn your lightsaber into a double-bladed lightsaber, just like Darth Maul.

add a comment of Star Wars Jedi: Fallen Order – How To Get The Dual-Bladed Lightsaber Early | Weapon Location Guide