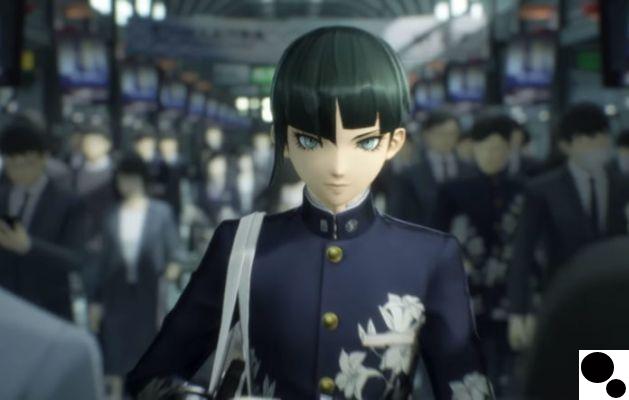 There is a huge market for JPRGs and some of these classic video game titles have inspired developers around the world to create similar video game artwork for others to enjoy. In this list, we're going to highlight some of the most anticipated JPRGs in 2022 that we're personally looking forward to getting our hands on. Some of these games have been released, some are expected to launch this year, while others have us waiting for the actual release window. Therefore, do not regard these games as being especially an order to be better than the others. We're still waiting for a lot of these games to hit the market so we can play them. That said, here are our picks.

Scarlet Nexus is an upcoming title that takes place in a future world where mankind is under attack from various monsters descending on the planet. Now that humanity is fighting for its life, it's up to the recruits of the Other Force of Suppression, or known as OSF, to save the day. Players take on the role of a protagonist who was saved from an attack as a child who was nearly met with his match by one of these monsters. Years later, the protagonist begins the recruiting process to fight against these demonic monsters. With scientists unlocking a substance in the human brain, OSF members are given supernatural power to aid them in their battle. In the case of our protagonist, players have the ability of psychokinesis. Not only will you traverse this action RPG to battle monsters with melee combat and your supernatural powers, but you will find other OSF members to join your party. Each OSF member has their unique supernatural abilities, but they can be tied to the protagonist so players can use different powers along the way.

Cris Tales is an upcoming title from indie developers Dreams Uncorporated and Syck. Overall, this is a game developed and inspired by classic JRPGs and it seems like a friendly title for those who might not be too familiar with JPRGs in general. Here players take on the role of a young orphan girl who becomes a time mage and it is with her new powers that she discovers a dark future that could destroy the world as we know it. As a result, players will travel through the past, present, and future to save the world. Luckily, along the way, players will encounter a variety of helpful allies who will lend their talents in this epic new journey. Taking inspiration from some of the more classic JRPGs, you can expect this to be a turn-based combat title, although it seems to be a bit more manageable for newcomers. Of course, we'll have to wait and see how this game pans out when it launches later this summer.

A new installment in the Shin Megami Tensei series is coming out this year. Unfortunately, we are still waiting for more information to come out for the next installment. That said, it should feature an all-new storyline with more or less the same mechanics we're used to with this series which is classic turn-based combat. We're also likely to see this game set in modern Tokyo as you battle against demonic forces. Currently, we know that Atlus developers are hoping to release this game in 2022 which will be released exclusively on Nintendo Switch. For now, fans of the series are waiting for a new trailer to showcase the narrative or even some gameplay footage, but for now, it's purely a waiting game. Hopefully we will eventually see this game released by 2022 as there is no specific release date

The Rune Factory franchise has been around for a few years after initially finding a release in 2022. This video game series is much like Harvest Moon and it certainly has a strong following. Here in Rune Factory 5, players take on the role of a protagonist who has no memories but finds a new home in the town of Rigbarth. Within Rigbarth, our hero will assume the role of a ranger, maintaining peace in the lands. During this time, players will have the option of tending to a farm by gathering crops or fishing in a nearby pool of water. However, when trouble arises, our protagonist can team up with certain townspeople to launch a barrage of attacks against hostile enemies. This new installment for Rune Factory will release exclusively on Nintendo Switch at some point later this year.

If you've played The Caligula Effect, released in 2022 on various platforms, you'll be pleased to know that a sequel is in the works for June this year. This particular episode will have a somewhat similar premise for players. In this game, a virtual being had created a world in which to lock people in hopes of relieving their pain of past regrets. However, in doing so, people are now innocently trapped and imprisoned. Designed to look like a modern high school, our protagonist knows he's stuck in a virtual world, prompting a new group to launch called the Go-Home Club. With this group, players attempt to break free and return to the real world.

Along with the Pokemon hype came another series that acted as a competitor, Digimon. The franchise has been around for years and for some it was their go-to show. While we don't often hear about video games with the same glory and praise as we do with the Pokemon franchise, one particular survival tactics RPG can turn a few heads. This game is a take on a story revolving around Takuma Momotsuka and his Digimon when trapped in a parallel world. We know the game will have a slightly mature twist, with players facing a variety of choices that could not only lead to different endings, but also character deaths. If you're a fan of the franchise, this is probably already on your list of games to watch in 2022. However, if you're new to the series, you can still have a lot of fun when it finally releases this year.

The Atelier series was first released in 1997 for the original PlayStation. For quite a while, this was a Japan-exclusive series and it will take until Atelier Iris: Eternal Mana's release in 2022 for the game to find its way to Western markets. If we fast forward several years to 2022 we received Atelier Ryza: Ever Darkness & The Secret Hideout which was a big hit and today we can dive into its sequel Atelier Ryza 2: Lost Legends & The Secret Fairy . This game takes place a few years after the end of the first installments and once again players step into the role of Ryza. After reuniting with old friends, a new journey awaits him. Players will explore the various ruins located around the capital. Meanwhile, combat is more real-time as you'll be able to unleash a barrage of attacks against a hostile enemy with your party while building up an AP gauge to provide more powerful skills. That said, even though this game is set after the events of Atelier Ryza, you shouldn't have much of a problem playing this sequel as a standalone experience.

Tales games have been around for years, but I feel like more and more newcomers have discovered this IP with the previous hit installment, Tales of Berseria. Now, a new game with a unique story will be released in September this year. Tales of Arise is another action RPG episode where we get a narrative based on two protagonists, a man named Alphen who is born in a world called Dahna while a girl, Shionne from planet Rena ends up partnered . In this game story, the planet of Dahna has been crippled by the advanced world of Rena forcing most of Dahna to become slaves, as they provide resources and goods to Rena. How these two end up traveling through a journey remains to be seen, but this is an episode that the developers deliberately made to be a bit darker than previous entries. The goal of this game is not only to help scale IP, but also to make it more attractive to Western markets. Meanwhile, if you played the previous installment, Tales of Berseria, you'll know what to expect here, with combat being more of an action RPG experience.

If you enjoyed the original Nier when it launched and have moved on to Nier: Automata, you may have the chance to return to the iconic prequel title and enjoy it again. Now it has been updated for modern platforms and gives you the opportunity to play this game with a nice coat of paint. Here players get an action RPG experience with bullet hell fighting as you go in search of a cure for your brother, who is suffering from a terrible disease. I won't spoil it here, but it's one of those games that you play twice and get the full picture of what's going on. As mentioned, this game is already releasing, so again, you'll know what you're getting into if you've ever played the title when it first launched. Meanwhile, for those who fell in love with Nier: Automata, it's still a title worth picking up. At the time of writing this description, Nier Replicant Ver 1.22474487319… has just been released in the market so you can pick it up to play right now.

The Final Fantasy franchise has been around for ages and continues to find new installments regularly released in the market. We've just received a Final Fantasy VII Remake with more parts of that game set to release, although we're not sure when part two will debut. The same can be said about Final Fantasy XVI although we have seen a lot of rumors and even reports claiming that this title will be released in 2022. So far we have really only seen a slight glimpse of this episode, which will take place in a fictional land of Valisthea where, in Final Fantasy style, a new disease appears, leaving a battle to prevent the spread and help those in need. Although there are still several unanswered questions, we know that this game will be released on PlayStation 5. For many fans, getting a PlayStation 5 is a challenge, so we hope the units will be in good numbers. as this game makes its way to market.