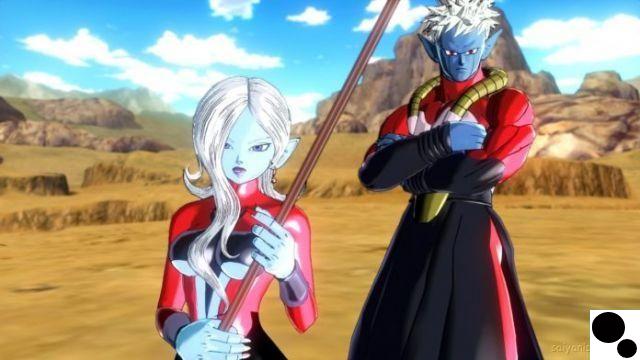 There are a few fun secrets waiting for fans at the end of Dragon Ball Z: Kakarot, but the best secret has to be an alternate-universe super-brawl against a video game-exclusive villain from the past. You'll also get something else that's downright awesome – access to Trunks' time machine! Vegeta's future son actually gives you the keys to his Time Machine, allowing you to travel back and revisit moments from the series.

The Secret Boss is all about Mira and Towa – the main villains of Xenoverse 2. They were, originally, totally new characters created to be villains in this series of games, but now they're back and invading. the main cannon that is Goku's life. It's a really cool secret, and if you don't keep playing after beating the main story, you're going to miss out.

After completing the Buu Saga, you will enter the post-game section of the story. At this point you will also unlock Time Machine de Trunks. This is the machine in which he arrived beginning of the Cell Saga. Now you can finally use it! But there's another awesome unlockable hold in the post-game.

From another universe, Mira (and Towa) have invaded the main timeline. Towa resurrected Mira right after Buu was defeated, so you'll need to take down her almighty with your fully upgraded Goku. If you're unfamiliar with Xenoverse games, Mira is a continuity-hopping supervillain - and he's not exactly canonical.


This makes its inclusion here all the more surprising. For the most part, Dragon Ball Z: Kakarot sticks to the main plot beats of Goku's story. It doesn't fit into the movies, or even dabble in filler episodes too much. It's all about Goku's story - beating Raditz, Nappa, Vegeta, Frieza, Cell, and Buu.

It makes this final secret fight something special. The Time Machine will be an integral part of adapting DLC ​​episodes into the game, so check back later to find new ways to use it.