PS VR exploration and adventure game, Paper Beast, will be released on March 24 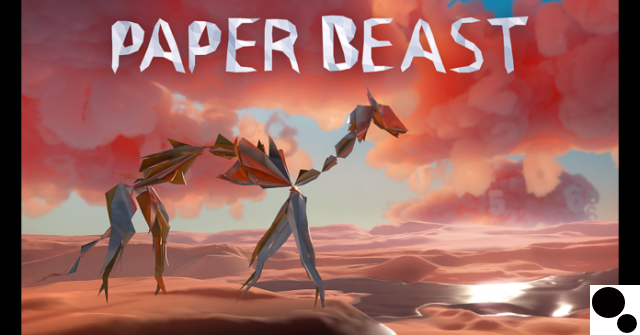 Along with announcing the game, they've also dated the game for later this month on March 24th. One, two punches and the game is almost over already, so the wait won't be too long. If you are a PS VR user, this title may be worth checking out as it has a unique style and an interesting concept.

Check out the release date trailer for the upcoming PSVR title, Paper Beast below:

Read more about Paper Beast below:

Paper Beast was created from scratch for virtual reality: through experimenting with the environment and the actions they take, players will come to understand the mysterious world of Paper Beast through the real-time consequences they create.

Two modes are available for Paper Beast: the adventure mode for the player to explore a dreamlike world, inhabited by fascinating creatures and the sandbox mode, an almost infinite space for experimentation.

As the first explorer of this virgin land, players will find that interacting with creatures is central to gameplay. As they progress, collaborating with life will help players shape the environment to overcome obstacles or solve environmental puzzles

Paper Beast is set to release on PS VR on March 24. Are you excited for the next VR title? Let us know in the comments below!

add a comment of PS VR exploration and adventure game, Paper Beast, will be released on March 24