Call of Duty: Vanguard gets its first free weekend 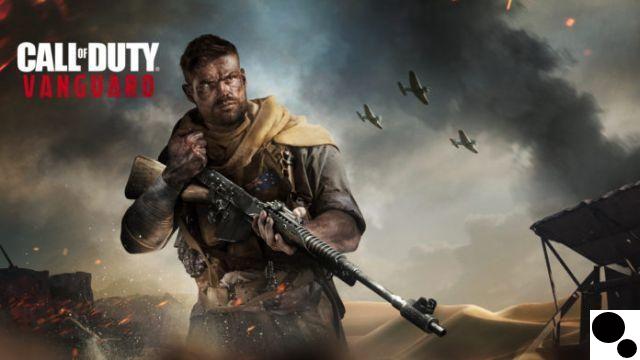 Call of Duty: Vanguard has been out for about two weeks now and it's already getting a free weekend. If the limited sales data we've seen so far is anything to consider, the game isn't selling so well. In the UK, Vanguard launched with 40% less sales than last year in terms of digital and physical sales. If this has spread to the rest of the world, Activision may be making a desperate attempt to lure players into the new game.

Call of Duty: Vanguard's free weekend will run from November 18 through November 22. Players will be able to experience full-fledged Vanguard multiplayer without any restrictions, unlike some previous free weekends in Call of Duty games.

The first free weekend (actually it was a week) for Black Ops Cold War wasn't until mid-December last year. Despite disappointing sales and reviews, the multiplayer experience in Vanguard has actually been well received. The single-player story was brushed aside and zombie mode had issues, but multiplayer on its own is a solid entry into the popular multiplayer series. That's what Activision hopes gamers will find out when they try out the game during the Free Weekend.

Despite the lackluster campaign and zombie modes, Vanguard Multiplayer was praised for the quality of the maps, WWII aesthetics, and game balance. A sales disappointment so far, Vanguard's multiplayer has hit a nice mix of classic Call of Duty components while looking better and feeling fresh. One of the biggest improvements over the past year is the number of multiplayer maps in the game. Black Ops Cold War has been criticized by fans for only launching with a measly eight multiplayer maps. Vanguard launched with 20 playable maps which helped make the game much cooler than the previous entry. Vanguard will also receive a WWII variant of the classic Call of Duty map, Expedition. This will be added to the game on November 17, just in time for the free weekend.

Call of Duty: Vanguard's multiplayer will be free on all platforms from November 18-22.

Audio Video Call of Duty: Vanguard gets its first free weekend
Can I get the Ikonik skin in 2022? ❯

add a comment of Call of Duty: Vanguard gets its first free weekend