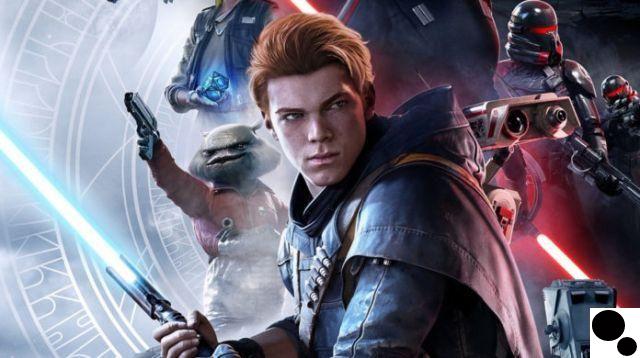 The highly anticipated Star Wars Jedi: Fallen Order 2 is rumored to be announced just before E3 2022 according to GamesBeat reporter Jeff Grubb. The game's author mentioned the information in the latest episode of his weekly gaming industry news show, GrubbSnax. Grubb said fans will hear about the upcoming game "in a significant way" with a possible 2022 release. However, a 2023 launch wouldn't come as a surprise.

With E3 2022 scheduled to be held in June, it would make sense for EA to reveal Star Wars Jedi: Fallen Order 2 the month before. May not only contains May 4, also known as Star Wars Day (the fourth of May be with you), but will also be the month of the annual Star Wars celebration which will take place from May 26 to 29, 2022. Announcement of the game will most likely take place between these dates. Additionally, this is usually when fans receive trailers for the next installment of films in the franchise.

Star Wars Jedi: Fallen Order was originally released on November 11, 2022 and was a hit with gamers and critics. It's an action-adventure game set five years after Star Wars: Episode III – Revenge of the Sith. The story follows the Jedi Padawan, Cal Kestis, who has been targeted by the Galactic Empire as they hunt and attempt to extinguish every last Jedi. It is an addictive game that is definitely worth playing.

Star Wars Jedi: Fallen Order 2 (most likely, not the actual name) isn't the only Star Wars game in the works. Fans recently watched Star Wars Eclipse, a new game set in the High Republic era, as well as a remake of Star Wars: Knights of the Old Republic. Neither game has a release date yet and likely won't launch in 2022.

add a comment of Star Wars Jedi: Fallen Order 2 Rumored Ahead of E3 2022