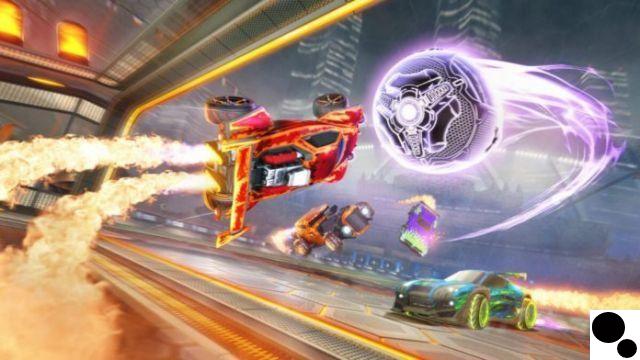 Developer Psyonix has taken to their website to announce and detail their upcoming limited time mode - Heatseeker.

The new mode is set to come to Rocket League later this month officially on April 16 on all platforms. The mode is going to be very limited as it should only be playable for four days! The new mode, which is nicely detailed in the short trailer, basically has players playing ping pong!

Check out the new Heatseeker mode in action in the new trailer below:

In Heatseeker, the ball will automatically seek the opponent's net once it is touched. But make sure you don't miss the target! If the ball hits the backboard, it will roll back towards your goal. Make sure to think fast, because each time the ball is hit by a player or backboard, it gains speed! The first team to seven goals wins.

Plus, get a free login item! To connect to Rocket League anytime while Heatseeker is live to get the Hypnoteks Player Banner. Check out the official start and end times below. Matches played in Heatseeker will grant the same amount of XP as playlists in Casual, Competitive, or Extra mode, so you'll always unlock your Rocket Pass 6 Levels as you normally would. Good luck, have fun and wait for the launch of Heatseeker!

In related news, developer Psyonix has ended support for Rocket League on Mac and Linux platforms.

Rocket League is now available for all platforms? Are you excited for the upcoming limited time mode? Let us know in the comments below!