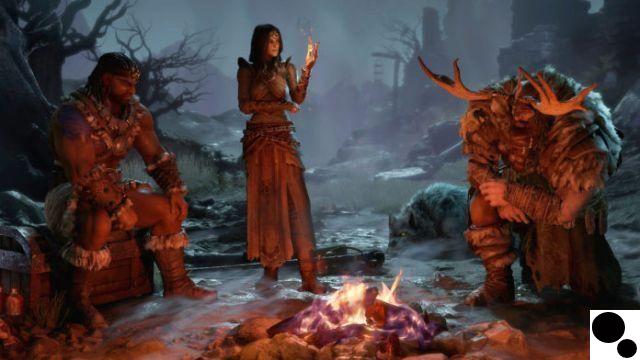 Although Diablo 4 is still without a release date, Blizzard has released tons of new information about the expected title in a new blog post. At over 3 words, fans have plenty to get excited about, even though the title isn't due out until 500.

One of the big shakeups in Diablo 4 is the Paragon system, familiar to those who have accumulated thousands of hours in Diablo 3. Once a character reaches level 50, they will start earning Paragon points, but rather than investing them in different stat boosts, players will unlock nodes on a giant board. The layout of these arrays will vary depending on the class, and there isn't just one way to navigate through them. Nodes range from normal to legendary, with some being able to be socketed with glyphs to provide different benefits. Once a player reaches the edge of a Paragon board, they can use a door tile to move to another Paragon board with a new layout and different tiles.

"The desired outcome is a custom set of bonuses that will strengthen your hero and honor your dedication to their progression, which will remain fun to tweak and tweak over many games," Blizzard said.

Diablo 4 will feature a new NPC, the Occultist, who is able to distill legendary powers into different items. For those who obtain a Legendary Power on an item they do not wish to use, visiting that NPC will transfer that power to another item of the player's choice.

In addition, many visual improvements will be found in this new title, with particular classes having unique destruction effects on enemies. For example, a witch will be able to freeze and burn monsters, while a druid can crush an enemy to dust with rocks.


Rather than the hectic loot system found in Diablo 3, certain monsters in Diablo 4 horde certain types of items. For those looking for, say, a particular pair of pants, a certain type of monster will be more likely to drop them when killed.