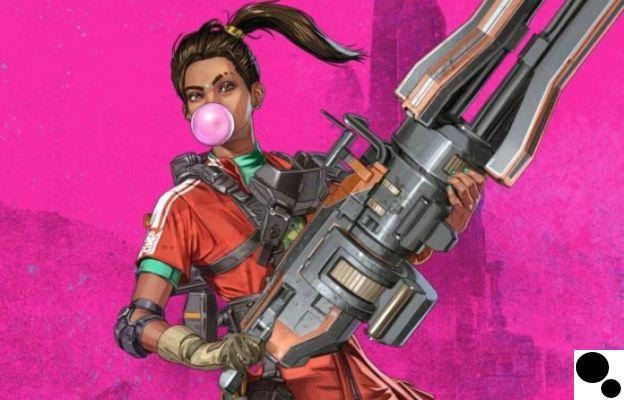 EA and developer Respawn have released a new character trailer for one of the latest characters to join the roster, and his name is Rampart.

Initially, she was introduced in the Season 6 launch trailer, but EA released another trailer, which focuses only on her. In the trailer, we learn a bit more about the Ramparts' backstory, playstyle, and special moves. Apex fans should be thrilled, as Rampart seems like a very fun character to play; Season 6 is going to be epic!

Check out the trailer for Apex Legend's newest character - Rampart below:

Description of the trailer:

When one door burns to the ground, another opens. Ramya “Rampart” Parekh lost her shop, but she won an invitation to the Apex Games. She may not have set out to become a legend, but now that she's here, she's excited to show the world what Sheila can do.

Bulwark can't go home, so she's going big - her natural affinity for LMGs allows her to fire more and reload faster. She can lay down high-tech cover to block incoming fire and rally her team's fire. And when you really need to call the big guns, his Ultimate does just that. When you meet Sheila, you better hope she's on your side.

In a similar vein, EA recently released the Apex Legends Season 6 launch trailer, which showcased some of the new additions coming to the epic free-to-play battle royale shooter.


With a new season on the way, players should expect new changes, new collectible gear, and of course new characters. The new launch trailer introduces you to Sheila and Rampart, but you'll learn more about them later this month! Check out the Apex Legends Season 6 Launch Trailer here!

Apex Legends is currently free to play on all platforms. Season 6 starts on August 18. Are you excited for the upcoming new season? Let us know in the comments below!