The 25 Best Zombie PC Games You Can Play Right Now 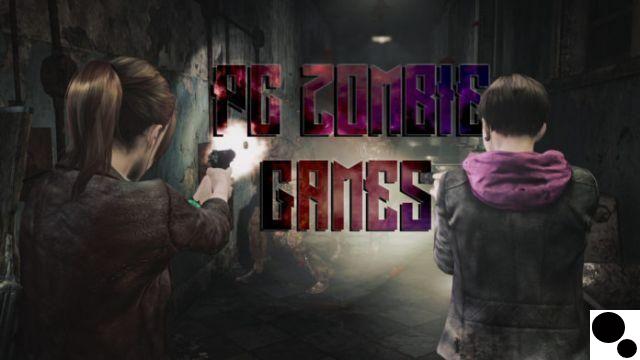 Want to dive into post-apocalyptic gameplay on PC? Luckily for you, there are a ton of different video games featuring the undead and there's definitely a huge catalog of video games to browse through, so putting together this list was extremely difficult. We have done our best to select the best video game title worth picking up on PC. All of the titles listed below are available to purchase now in full version or early access.

If you enjoyed the first installment in the State of Decay series, you might have already watched State of Decay 2. This sequel released on May 22, 2022 for Xbox One and PC platforms where gamers will once again find themselves in an open space zombie world survival game.

Overall, it is a third-person shooter where players have to build a shrine-like fort that shelters the innocent away from the carnivorous monsters that rule the world. Outside of building a base, players can team up with friends while scavenging for items and developing survivor skills to enhance their usefulness in the community.

This video game was also released with the Xbox Game Pass, which means that if you are a subscriber, you have the game available right now. However, if you're not a subscriber, you can still pick up a copy of the game for a relatively low price at around $20 on Amazon.

If you want a little more chaotic action in your zombie game, we have to suggest looking at World War Z. This title focuses on more horde-based zombies where players can work together and fend off a huge horde of the dead -living. They are somewhat quick moving similar to what we saw in the movie based on the same name. The zombies even stack up to reach higher grounds than we imagine no area is really safe from being reached and attacked. Apparently throughout the game players can strategically place traps to thin out the herd of zombies and you will be taken to different locations around the world. Normally game adaptations from other mediums tend not to do as well, but you might be surprised by World War Z. Check out our Before You Buy episode where we dive into the gameplay and give our first impressions of the game as a whole so far.

Developed by Bohemia Interactive, DayZ is an open-world survival video game. The title initially gained traction online as a mod for the video game title ARMA 2: Operation Arrowhead which then prompted the developers to see a full version of the video game and although it is currently only available in early access, the title maintains a significant number of players.

Overall, players are tasked with surviving the fictional post-Soviet Republic during the zombie pandemic. Initially, players have next to nothing and it's up to them to collect items.

Similarly, the video game also emphasizes human interaction where players can join forces or compete against each other. Additionally, players can expect an option to switch between first-person and third-person mode.

Killing Floor, much like DayZ, was born as a mod for another video game, this time being Unreal Tournament 2004. It wasn't until a few years later that the mod became a full release title.

Currently, there are a total of two installments to the franchise and both offer a similar narrative story. Basically, a biotechnology company was doing research on genetic manipulation and cloning. However, their products failed because the human subjects turned out to be grotesque and extremely hostile.

In both versions, players battle these stranded clone creatures, and while the video game offers single-player gameplay, Killing Floor really shines with multiplayer. Finally, it should be mentioned that the video game series will occasionally receive another installment.

The development team behind the series, Tripwire, noted that they would be releasing Killing Floor: Journey into the Future, a VR version of the franchise. This next installment will also use Unreal Engine 4 while the last installment was used with Unreal Engine 3.

Call of Duty has been a popular franchise for a number of years, although with the introduction of a zombies game mode, many gamers choose select titles just to enjoy battling the undead.

Overall, this is a wave-based game mode where players will have to fight off the growing horde of undead as they complete each wave. Likewise, available maps will require players to earn points by killing zombies in order to unlock additional sections to explore.

As a Call of Duty title, another goal is to earn weapons by purchasing them with earned points while stocking up on perks and setting up traps to use as an advantage against the enemy.

As mentioned, there are a number of Call of Duty installments that offer zombies mode, one of the latest being Call of Duty: WW2.

Fallout 76 underground shelters look rad, but some of them are closed behind Atoms or Fallout 1st ❯