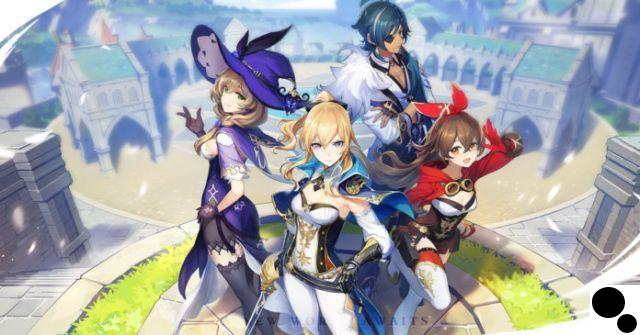 miHoYo is developing a new action role-playing video game called Genshin Impact which is expected to be released in the spring of this year. It's a game that clearly took inspiration from the open world and visuals of the hugely popular The Legend of Zelda: Breath of the Wild video game. It now looks like over ten minutes of gameplay footage has been posted online, which should give you some insight into how the game will perform should you choose to pick up a copy.

Overall, this is a fantastic video game where players take on the role of a male or female character known as Traveler. In this world, the gods are given chosen individuals the ability to control an element of the world that should be of use to the traveler as players begin a quest to search for their lost brother. It looks like the gameplay will be somewhat similar to Tales in that players can freely explore the open world with a party of four characters at a time.

The combat also seems to be pretty smooth like other action video games like the Kingdom Hearts franchise. As mentioned, there's a total of twelve minutes of gameplay footage for Genshin Impact that was uploaded by IGN. You can check out those images above as we wait for the game to make its way to market.

Currently, Genshin Impact is slated for a spring release for PlayStation 4, PC, and Nintendo Switch platforms. Maybe it will be a big hit for miHoYo as the studio is still relatively new after its establishment in 2022.

Watch over 9 minutes of epic gameplay for Godfall on PS5 ❯