New One Punch Man, A Hero Nobody Knows, Features a Bunch of New Characters in Action 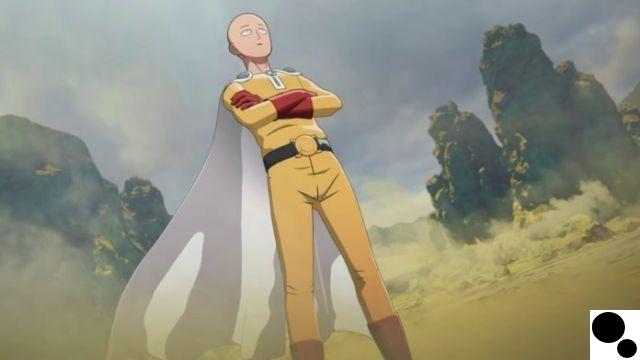 Bandai Namco has released new trailers for their upcoming fighting titles for 2022, and today we're looking at one of the highly anticipated titles - One Punch Man A Hero Nobody Knows.

The trailer is pretty short, not even clocking in to the minute, but it does show off a ton of new characters for the game! If you are a fan of the manga/anime then you will be happy to see some of these faces. There are a total of three new characters: Child Emperor, Spring Mustachio, and Handsome Ikemen Amai Mask.

Check out the brand new trailer for One Punch Man A Hero Nobody Knows: Character below:

Known for making repetitive anime fight titles, it seems Bandai Namco could have figured out how to change it when it comes to One Punch Man: A Hero Nobody Knows. If you're a fan of the show you know that funny gag that usually takes Saitama a while to get to the battle scene that's where other characters would fight the main villain, and when it seems all hope is lost, Saitama shows up to save the day.

Bandai Namco brought this into the game and to be honest, it's pretty funny. As a fan of the show, it was one of my biggest concerns to create a One Punch Man fighting title. Saitama finished battles with a punch so how could you have an entire fighting game focused on him? It looks like Bandai got it. I guess there will be a mode where you can use Saitama as a normal character and fight in a normal match, but it looks like players will have to fight bad guys while waiting for Saitama to appear! Learn more about the upcoming fighting title here!

One Punch Man: A Hero Nobody Knows is set to release for PS4, Xbox One, and PC on February 28, 2022. Are you excited to finally get a One Punch Man game? Let us know in the comments below!

add a comment of New One Punch Man, A Hero Nobody Knows, Features a Bunch of New Characters in Action