AYA Neo Next announced as the latest handheld game 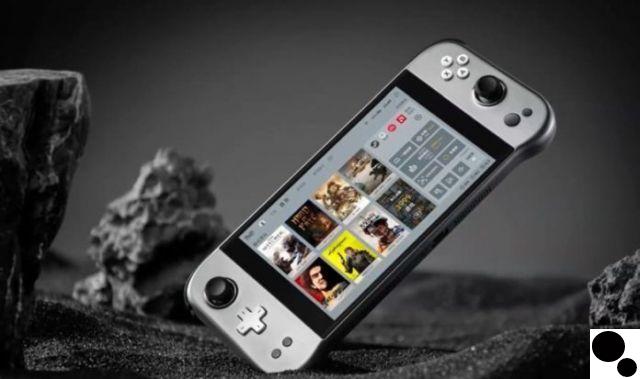 AYA Neo Next recently announced its latest portable gaming PC with an AMD Ryzen 7 5800U processor. The handheld also features Radeon Vega graphics and up to 32GB of LPDDR4x RAM. You can opt for 1TB or 2TB PCIe NVMe storage options. The AYA Neo Next also comes with a 7-inch IPS touchscreen as well as user-replaceable game controllers. The design of the Neo Next is heavily based on the original AYA Neo which was available with AMD Ryzen 4000U processors.

The new version of Pocket PC comes with an additional fingerprint sensor in the power button. The device has added support for WiFi 6E and Bluetooth 5.2. A new and improved vibration motor has been added to the AYA Neo Next for better haptic feedback. With up to 32GB of RAM, AYA's 2022 models will be the first portable gaming PC with memory as high as the AYA Neo Next Pro. According to the company, four different models will be available with different specifications and prices:

There will only be 500 units produced of the AYA Neo Next Pro during the first batch. The Neo Next and Neo Next Pro are a huge upgrade from the Ryzen 4000U series chips with Zen 2 CPU cores to Ryzen 7 5800U with Zen 3 CPUs. The only thing that isn't a huge upgrade level between the models is the fact that both chips use a similar AMD Radeon Vega integrated GPU.

AYA had bad timing when announcing its new handheld as AMD unveiled its Ryzen 6000 mobile processors. The 6000 series comes with Zen 3+ processor cores and RDNA 2 graphics which are supposed to bring a 2X increase in graphics performance. The AYA Neo will be crowdfunded from February and will ship from the end of March.

Although the Ryzen 7 5800U chip is no longer state-of-the-art, it was the best processor the Chinese company could get its hands on. The company has announced that it will release a version with a more capable Ryzen 6000 chip as soon as possible.