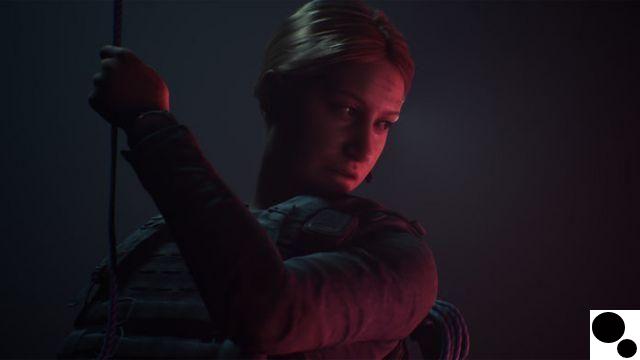 Bandai Namco's YouTube channel has released the first part of an interview with Ashley Tisdale, one of the major stars of the upcoming title The Dark Pictures Anthology: House of Ashes, which is slated for release on October 22. It will be the third title in the Supermassive Games cinematic horror series, following 2022's The Man from Medan and 2022's Little Hope. Eight titles are planned in total.

In the interview, Tisdale recounts his positive experiences within the game's cast, which is made up entirely of actors new to creating video games. The High School Musical star plays Rachel, a CIA agent on a mission to find chemical weapons, whom she mentions as "very badass." This will be the first horror role for Tisdale, who claims to be a longtime fan of the genre. As she lays out her experiences, behind-the-scenes footage gives fans a glimpse into the motion capture and voice acting process.

Each game in the Dark Pictures Anthology series will consist of entirely new stories, characters, and settings and will offer a single-player mode, a 2-player online shared story mode, and a 5-player movie night mode. The story follows five characters trapped underground in a Mesopotamian temple, where they are hunted and stalked by a variety of monsters. House of Ashes will take place during the Iraq War, although director Will Doyle was quick to explain that war and politics play no role in the game's story. The time period was instead chosen for the story's potential. .

Much like Until Dawn, also developed by Supermassive Games, decisions made by players will have lasting effects, and all characters can survive or die based on those decisions. The title will have multiple endings.

The Dark Pictures Anthology: House of Ashes is set to release on October 22, 2022 on PS4, PS5, Xbox One, Xbox Series X/S and PC. Remember that each title in the series is self-contained.

add a comment of The Dark Pictures Anthology: House of Ashes Interview with Ashley Tisdale Released