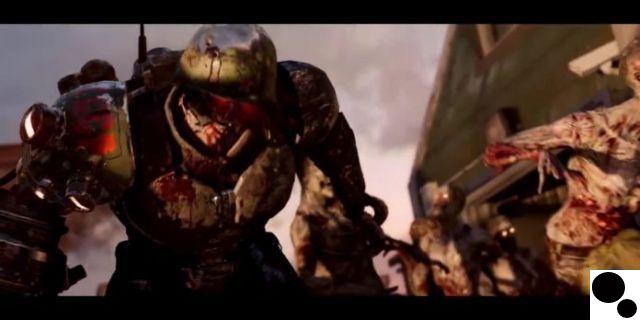 Orda awaits you in Firebase Z, the first Zombies DLC map for Call of Duty: Black Ops Cold War. This absolutely massive undead monster spawns in two ways: you can either complete the ridiculously complex easter egg quest or survive until Round 30 and take on Orda during the assault wave. Either way, Orda is an intimidating boss with a large health bar. Its mechanics aren't really complicated, so all you have to worry about is doing as much damage as possible.

And there are a few things you need before you face him. Some field upgrades can absolutely crush Orda in seconds, combined with the right weapons and upgrades – if you want to smash that boss with minimal effort, these are the items and upgrades you'll want to get.

Orda's massive boss is an undead giant towering over the player. He can fire a huge beam and during his damage phase, a large glowing light will emanate from the hole in his head. While his head is glowing, you just need to shoot him to do damage. Combat is very simple and you can make it easier with friends with the right upgrades.

It is very simple. ring of fire is incredibly OP against the boss. Although the Ring of Fire's bonus damage effect does not apply to the boss, at level 3 the Ring of Fire does not require reloading when fired. Instead, all ammo is drawn from your stash instead of the magazine – so you can keep shooting forever, basically.

Pack-a-Punch as many times as possible and bring an alternative weapon with Brain Rot Ammo Mod. This will help you deal with zombie swarms more easily on high rounds. Make sure to equip Brain Rot on a weapon like an LMG that fires a lot and deals low damage per hit.

Finally, you will need the RAI K-84 Wonder weapon and monkey bombs or decoys. The Monkey Bombs are obvious - you can drop them and easily escape any overwhelming zombie encounters, and the Wonder weapon is easily the best weapon to use against the big boss. The Ray Gun is so powerful that you ideally want all four players to use it at the same time.


But the real thing is this Ring of Fire. Ring of Fire absolutely crosses Orda's HP bar, even though it doesn't technically do any more damage, so that's how you'll do the most damage the fastest. Select this gear before entering the final boss - or Round 30 - and you're pretty much guaranteed to win.