Watch over 9 minutes of epic gameplay for Godfall on PS5 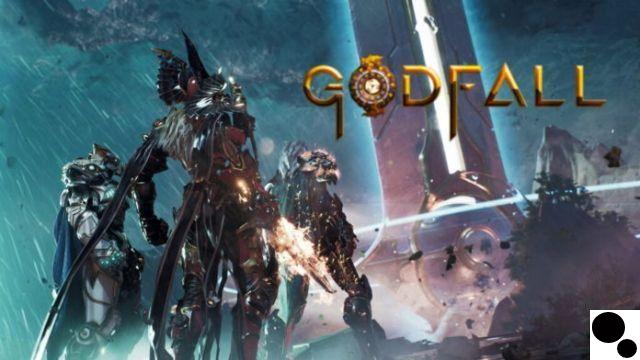 Keith Lee, Game Director for the upcoming PS5 exclusive title - Godfall, has released over 9 minutes of gameplay footage for the looter slasher.

The new footage was released during Sony's State of Play event. This is where many new games were showcased, and Godfall managed to steal some of the limelight as it was quite an impressive game. Not only did we learn the game mechanics of Godfall, but Lee also goes into great detail about world building, gear storage, and everything in between.

Check out the 9-minute gameplay preview of Godfall below:

Description of the trailer:

Settle in for an in-depth look at combat in Godfall, a looter-slasher, and a fantastic all-new IP coming to PS5 this holiday. Enjoy nine minutes of footage to dive into the world of Aperion, all five weapon classes, full movesets for Longswords and Dual Blades, and more, all running on PlayStation 5.

Along those same lines, according to a recent Gamespot interview with game director Keith Lee, we got a glimpse of the video game title and the DualSense.

Keith alerted Gamespot that things like feeling the different unique rumbles could provide gameplay clues. For example, if a player were to swing a sword and it collided with another weapon, you would have a unique sense of feedback on the controller. The same could be said with players sliding across different terrains, be it gravel or sand. Learn more about the dualsense controller and Godfall here!

Godfall doesn't have a release date, but it will be released later this year for the PS5. The PC platform will follow in the future. Are you excited to get your hands on the PS5 and Godfall? Let us know in the comments below!

Meet Spelunker, one of Japan's most valuable bad games ❯