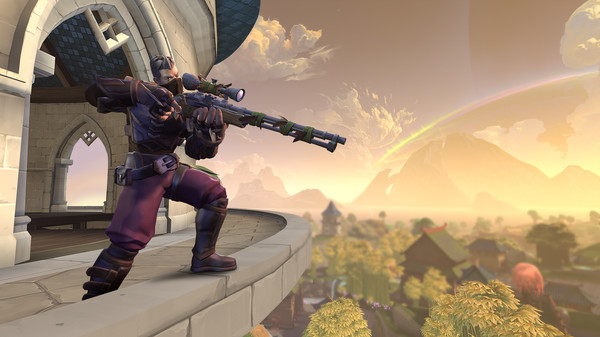 Note: Please note that these games are not listed in any particular Fallen.

The PC is filled with a myriad of games, many of which are free. These are made up of titles that are just as good as their premium counterparts, and come in a range of genres from team-oriented shooters and MOBAs to turn-based and real-time strategy games.

With that in mind, we've compiled over 50 of the best free games the PC has to offer. They're not listed in any particular Fallen, so don't get mad at us for putting League of Legends over Dota 2.

The Battle Royale genre certainly has no shortage of games available to enjoy. However, some titles appeal a little more than others. Call of Duty, for example, offers an official free-to-play Battle Royale title called Call of Duty: Warzone. The video game plays similar to the traditional series of Modern Warfare but with over a hundred players dropped on a massive map. From there, it's a hunt to gather resources, get out of the competition, and into safe areas as the map continues to shrink. While this isn't a full Call of Duty game online where players can enjoy other game modes for free, you should find some fun in this title for quite a while.

If you wanted to enjoy a great FPS that feels like Call of Duty, there are a few options. However, for Free-to-play, one of the games that keeps popping up is Ironsight. The video game offers a wide range of game modes similar to Call of Duty while offering over 100 customizable weapons. Reviews have been generally positive and it doesn't appear to be a pay-to-win title. All in all, if you want to enjoy COD online without having to pay for the latest installments with active communities, we recommend checking out this title.

It is impossible to get around the fact that there are many Battle Royale titles on the market. However, if you want something a little different and lighthearted, Realm Royale might be worth checking out. In many ways, it's similar to Fortnite and Creative Destruction, but without the construction element. Instead, it's all about surviving everyone while researching different unique power-ups and weapons.

You will even find that there is a class-based system to which you will receive different unique abilities. Recent reviews have been quite positive and although there is the usual battle pass to buy different goods, you can enjoy the game for free without being at a disadvantage.

Set in a fantasy world, Dauntless puts players in the role of a Slayer, a class of warriors tasked with slaying massive monsters that have torn the world apart. In many ways, Dauntless is similar to the Monster Hunter series, with the game placing a heavy emphasis on crafting and upgrading weapons before heading out and searching for those hulking giants in the wild. These hunts aren't always so easy, you'll need to use your cunning and specialized gear and skills along the way, but luckily you'll also have the option of relying on a friend.

Dauntless features multiplayer support, and the developers hope players will make use of social interactions. Much like World of Warcraft or Destiny, Campaign Quests and Exploration can be done with a party. We'll likely see more content added to the game over time to give players more areas to explore, monsters to kill, and even weapons to craft. Of course, to get all the goodies along the way, you'll need to spend a few bucks like Hunt Passes which give players exclusive rewards like weapon skins and cosmetic armor sets.

Duelyst is a turn-based multiplayer tactical strategy game with cards. It features minions, spells, and artifacts — everything you'd expect from a digital card game that's played on a board somewhat similar to Final Fantasy Tactics. It is also one of the best online games currently. Try it.