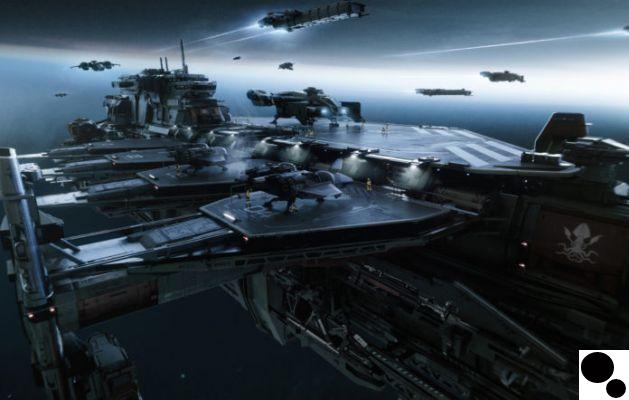 Star Citizen, the massive multiplayer game that started fundraising via Kickstarter in 2022, has now surpassed $400 million raised. The game, despite being Kickstarted nearly a decade ago, still hasn't had a final release. Currently, players can still only play an Alpha version of the game. Although there is no official release date for the game, with the pace of development, it is possible, even likely, that the game wouldn't get a full release until the second half of this decade.

Cloud Imperium Games, the developer of Star Citizen has continued to fundraise for the development of the game since the Kickstarter ended. Cloud Imperium Games sells in-game ships for real money on its website, some of which are not even available in-game yet. For example, "The Polaris" ship, currently purchasable on the Cloud Imperium website Games, is still in the concept development stage. Still, players can purchase the ship right now for $750; they will only receive it at an indefinite date.

Cloud Imperium Games is also offering game packages to get started in the Alpha version of Star Citizen. These packages range from around $45 all the way up to $1. Despite the decade-plus development process for Star Citizen, it seems like people are still willing to splash the cash for the unreleased game. Over $100 million in donations have been raised for Star Citizen in the past 100 months alone. Cloud Imperium Games says Star Citizen now has over 18 million players, which is impressive for a game that hasn't technically been released.

With the pace of development, many original Kickstarter backers abandoned the game and attempted to claim refunds. Maybe when it finally launches, some of those backers will come back. Either way, Cloud Imperium Games seems to have found a business model that works for them. Strange as the business model may be.

add a comment of Star Citizen has raised $400 million