Meet Spelunker, one of Japan's most valuable bad games 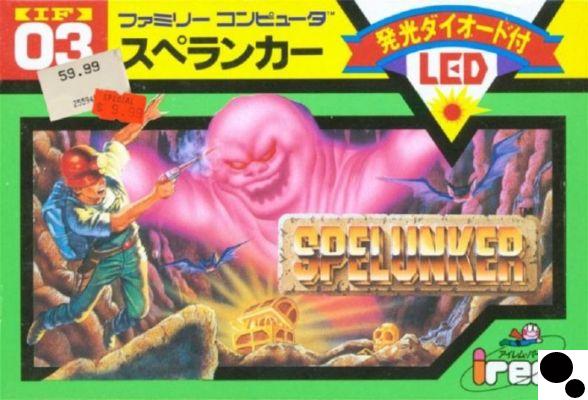 Don't poop in this week's kusoge

If the phenomenon of bad game appreciation exists all over the world, perhaps no player base is as aware of it as those in Japan. Unlike us, they have a very concise word to describe terrible games: kusoge. It's 'kuso', which means shit, and 'ge', as in geemu or game. Shitty game, see?

The Famicom/NES port of Spelunker is perhaps the most infamous, and sometimes considered the original recipient of this title. For some reason, Spelunker sold well, but its reputation for being unreasonably difficult has spread to the point of becoming a cultural phenomenon in Japan. The main character's fragility even carried over into a turn of phrase, "spelunker taishitsu," or spelunker's constitution, which is commonly applied to athletes who are frequently or easily injured. I bet you didn't realize you were going to take a Japanese class here. 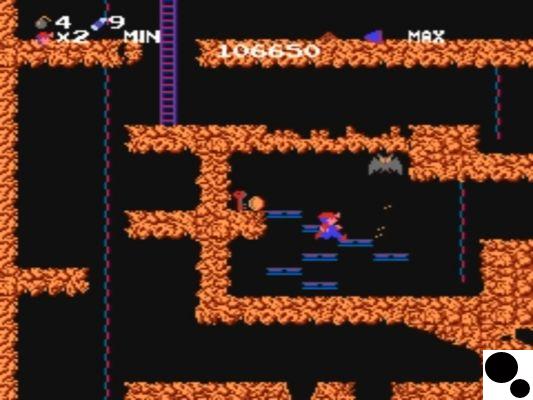 Spelunker was originally released on 8-bit home computers, but was given new life and big notoriety when it was ported to the Famicom. The differences between the versions are quite stark, so keep in mind that I'm only talking about the Famicom/NES version here.

The first thing you're going to do when starting a game of Spelunker is spin a bit to the right, fall off the elevator, and die. It's okay, it's completely natural. The gap between the elevator and the ledge is so narrow you'd expect to step over it, but instead your little cave explorer finds its way through the crack, dives a few feet, and blinks to death .

Assuming you don't repeat the mistake, you'll likely kill your unfortunate character trying to get on the elevator within one screen length. I'm not trying to question your video game skills, I promise. I'm trying to show how ridiculously fragile the protagonist is.

Almost everything in his journey will kill him. Small steam geysers, short drops, bat droppings; it's as if embarrassment is poison to him and every little setback he encounters is the cause of it. To be fair, embarrassment is a common weakness for platformer characters, demonstrated by the fact that physical contact is usually enough to drop powerful side-scrolling heroes. Our little caver is just a little more dramatic about his failures. 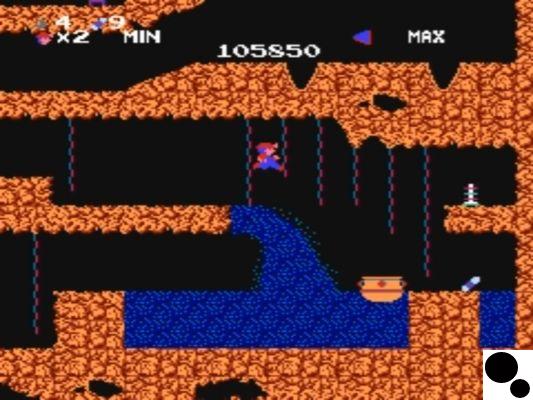 If I was the paranoid type, I'd probably say that Spelunker is designed to screw with you, like the final levels of Super Mario Bros. or the entirety of Super Mario Bros.: The Lost Levels. Obstacles appear to be placed specifically for you to be killed by them. The vines are left so close to the ground that they invite you to simply descend, even if their short fall is fatal. The rocks you bounce on are placed next to the pits so that if you time your jump even slightly wrong, you'll be sent back to your embarrassing death.

The only real enemies in the game are bats that poop and a ghost that is easily driven away by sacrificing some of your oxygen. It's sliding uphill with simple tasks that will kill you the most, like going down an elevator or climbing a vine. Most deaths are due to simple errors rather than difficult design. You'll get burned with your own flare or explode with a bomb you placed. You step off an elevator at the wrong time and fall a bit too far. The little speleologist is as fragile as a gossamer ballerina.

There are four levels to clear, which might not seem like a long time, but many players don't have the patience to complete the first one. It can be hard to be persistent when the game kicks you in the stomach with every turn.

It is possible to meet the unreasonable demands of the game. Once you learn the rules and how each obstacle reacts, reaching the end is not impossible. Getting to this point is something that not everyone will have the courage for. Personally, it took me a long time to beat the first level, longer to beat the second, but by the time I reached the third, all the skills were in place for me to knock it down. Even today, I can usually complete the game without practicing. I just learned to speak his foul language. 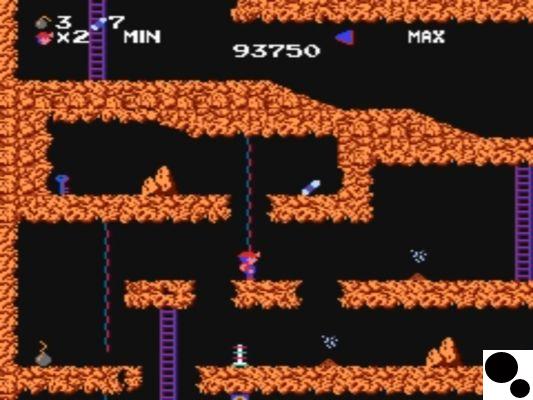 To be honest, while Spelunker might be one of the most legendary kusoge, I have a soft spot for it – a penchant, even. It's like getting your hands on a car hood in the middle of summer, the scorching heat is quite painful at first, but once your skin is fried and enough heat has dissipated it can be quite tolerable .

Spelunker is certainly a difficult game, but it behaves predictably and can be overcome by learning its patterns. It's not quite the most taxing game out there, and reaching the end is satisfying. It then asks you to do it again by turning the invisible keys. Then after completing that you start again, but not only are the keys invisible, you have to jump to collect them. The cyclical repetition of the game is pretty pointless, but that was exactly how games were back then.

It's easy to hate Spelunker at first glance, but he's stuck pretty firmly in the Japanese mind. It had a rather odd sequel in 1987, which, although called Spelunker II, was completely different from the first Famicom game. There was an arcade sequel, also called Spelunker II, which was a little more closely tied to the original. We would later have Spelunker HD which is technically a remake, but it also adds 100 new levels, so take it as you wish. Famicom mechanics would also be applied to Spelunker World, re-released as Spelunker Party, which is a bit friendlier, but still based on the same goofiness. It's a whole series!

I'm not going to try to sell you on Spelunker as I understand it's a hard game to like. Even still, I'd recommend giving it a try just to see its oddly off-putting difficulty. It's okay to dip your toes into the kusoge once in a while and let broken people like me swim in it. 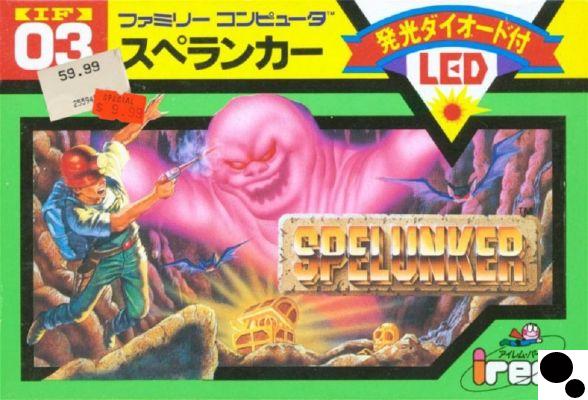 add a comment of Meet Spelunker, one of Japan's most valuable bad games