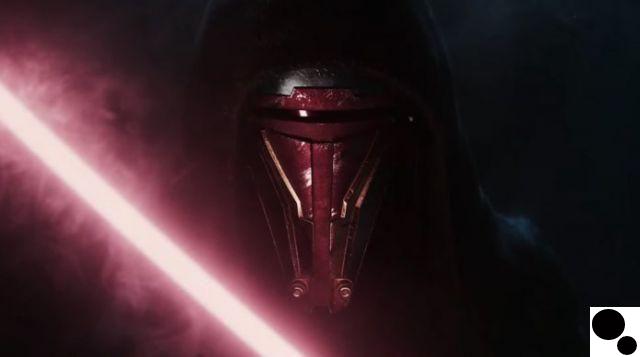 The game will take notes from Final Fantasy 7 Remake.

A remake of the popular Star Wars: Knights of the Old Republic was announced in September 2022. Recently, there have been rumors that the game may see a change in its gameplay, particularly in its combat style.

Star Wars: Knights of the Old Republic was first released on July 15, 2003. The game was popular with gamers, so it's no surprise that fans called on the developers to release a remake. A recent leak and new job posting from KOTOR developer Aspyr suggests that the new game may opt for a new form of combat.

Aspyr's job posting states that the company is looking to fill a Combat Designer position with a core function of "Exploring enemy combat roles, to create engaging encounters that challenge skill." and player strategy. This goes along with a recent leak from YouTuber MrMattyPlays. In his video, Matty revealed that the remake of Star Wars: Knights of the Old Republic will most likely do away with the turn-based combat system in the original game and opt for an action-based system instead. MrMattyPlays has leaked accurate information about the games before, like when he announced the original SALE would be ported to the Nintendo Switch before it was officially announced.

This isn't the first time a game has completely revamped its combat system in the remake. Final Fantasy 7 Remake recently changed its turn-based combat system to great effect. It will be interesting to see how this new system is implemented in Star Wars: Knights of the Old Republic.

While there's no exact release date for the Star Wars: Knights of the Old Republic remake, the developers have revealed that the game will be a timed exclusive for the PS5 before releasing elsewhere, presumably on the Xbox. Series X/S and the PC. As previously reported, the original game was also ported to the Nintendo Switch, so it will be interesting to see if the same happens with the remake.

Star Wars: Squadrons Just Got Its 120 FPS Next-Gen Upgrade: But Only On Series X/S ❯

add a comment of Star Wars: KOTOR Remake could review its gameplay