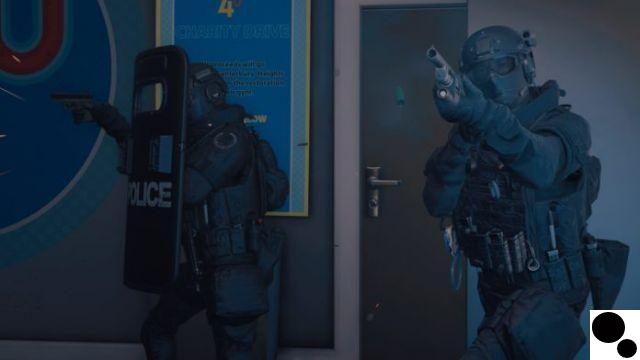 The early access shooter isn't even on sale as part of the winter sale.

Steam's annual winter sale is well underway and gamers are busy splurging. Wishlists are getting shorter, wallets are getting lighter, and Valve's Games Market has followed the week's biggest sellers. With many titles discounted by up to 90%, it would make sense for one of these heavily marked down games to take the top spot. In fact, the winner of the last seven days is Ready or Not, an early access tech shooter that doesn't even get a discount. Although they had to pay top dollar, buyers weren't shy about getting in on what could be the next big thing. After all, Valheim was also available in early access, and despite being unfinished, it became one of the biggest games of 2022.

Similar to the Rainbow Six games, Ready or Not puts players in the shoes of SWAT members taking on various missions. In addition to a story-rich single-player campaign, the VOID Interactive title will also include a more competitive multiplayer mode, similar to the multiplayer seen in Rainbox Six: Siege. Despite the recent loss of its publisher Team17 after news of a school shooter mission surfaced, the game has an overwhelmingly positive rating on Steam, with players praising Ready or Not's movement, mechanics, and weapon handling.

VOID has made it clear that much of the development of Ready or Not has been delayed due to the pandemic. The title was originally slated to launch in the fourth quarter of 2022. For those trying to figure out whether to participate in the game's alpha, check out the gameplay tutorial below.


At launch, Ready or Not will have six tiers with a total of five missions. Missions will include things like rescuing civilians from hostage situations, dealing with active shooter situations, and disabling explosives.


Ready or Not was released as part of Steam Early Access on December 17, 2022. The second best-selling title on Steam this week was Five Nights at Freddy's: Security Breach, which was also not discounted as part of the winter sales.