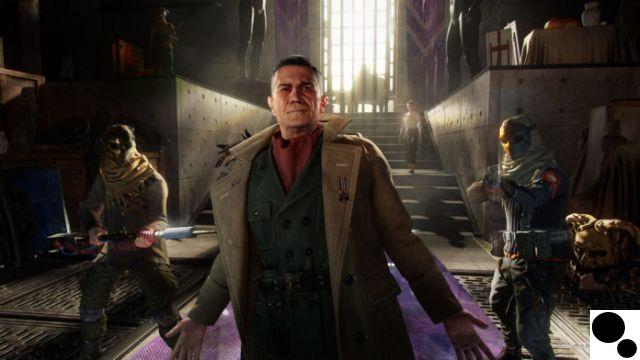 Xbox fans may need to clear some space.

Dying Light 2 is less than three weeks away from release, and some console gamers might want to free up the storage needed for the newest entry in the Techland series. While those picking up the game for the PS5 won't need too much space on their SSD, those with an Xbox might have issues. According to a new leak, Dying Light 2 on the PlayStation 5 will come in at 32,5GB – not too terrible for an open-world game. PC gamers can expect to allocate 60GB, but Xbox gamers will need 72GB, more than double the size of the PS5 version.

Mark Cerny, the lead system architect on the PlayStation 5, explained that the console uses Integrated IO and Invisible Compression, the latter being a tool to manage the decompression process. As anyone with the elusive console knows, it doesn't have the biggest SSD to start with, so that's a big help.

Dying Light 2 will be released on February 4, 2022, with preloads starting the day before for PC, Nintendo Switch, PlayStation 4, PlayStation 5, Xbox One, and Xbox Series X/S. The game is set 20 years after the events of the 2022 title Dying Light, and follows a new protagonist named Aiden Caldwell.

The title will include over 500 unique items that players can equip. Although developer Techland initially stated that the title would take over 500 hours to complete, they later corrected this, explaining that the main story would take around 20 hours and the side quests would take an additional 80. The 500 hour estimate comes after factoring in the main quest, side quests, all choices, all endings, completing the map, and finding all collectibles and dialogue.