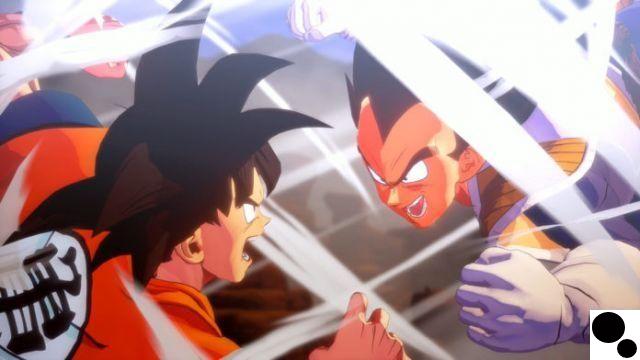 Dragon Ball Z: Kakarot is a complicated game - there's so much going on here, we probably couldn't fit everything you need to know into one beginner's guide. That's why we're developing and providing even more tips and tricks to make your life easier in the later stages of the game. It's getting harder and harder, so if you're struggling or just want to know more about some of the best strategies in the game, keep scrolling down.

There are insta-win techniques, surprise attacks, and special guard-breaking moves you'll want to learn to take on the toughest villains. Things only get tough when you take on Vegeta in an early arc, but by the time you're fighting Buu and his minions, you'll need all the advanced combat strategies possible to secure a victory.

For fans unaccustomed to the battle system, this is one of the hardest games in the series - and there's no easy way to outclass your opponents, so you'll only have to improve your skills.

#1: Keep The Pressure On With Guard-Burst

Dodging is useful in the early stages of the game, but if you want to unleash an endless combo on your opponents, use burst attacks to break through.

Do not dodge an enemy's attacks at close range. Use a Guard-Burst instead. When an enemy turns red and starts charging, anticipate when they are about to attack. Instead of dodging, Guard-Burst and their attack will sniff out completely. Then you can keep attacking - don't block or dodge! Just keep Burst constantly to pressure.

Tapping (R3) while flying will launch you into a hyper fast boost. There are a few cool tricks you can achieve with this move.

Krillin and Vegeta are some of your most enduring friends in the series, and they have some totally overpowered attacks. Krillin Solar Flare is incredibly powerful, so unlock it as soon as possible and use it often. Likewise, Big Bang de Vegeta is great for weakening/wiping out groups of enemies.


All those items you earned/collected with "Fantasy" in the title? These are not gifts, they are trade items. This means that they are only useful for sale at a supplier. You will be able to collect a ton of money if you haven't sold these valuables.

They all have gift icons, so it looks like they're meant to be for your friends, but just check the item descriptions. It took me an absurd amount of time to realize what they are for.

#5: You Can Perform Surprise Attacks On Enemies

Here's something very few people know - you can actually perform a powerful surprise attack on enemies before they know you're there. When you enter Ki Vision mode, you can see their vision cone in the distance. If you go up in the back and hit them before they see you, you'll perform a special surprise attack. I had no idea!

#6: Instantly Restore Your Ki With A Combo Finisher

There are multiple ways to finish your combos – and each button leads to a different type of combo finishing attack. One of the best is the “Charge Ki” button finisher. Instead of sitting around and taking the time to recharge, you'll instantly recharge your Ki Meter in one sleek burst. Very, very useful.

That's all the unknown tips and tricks we've found so far. If we find any glaring omissions, we'll add them to this list!