The best wrestling games for PS4 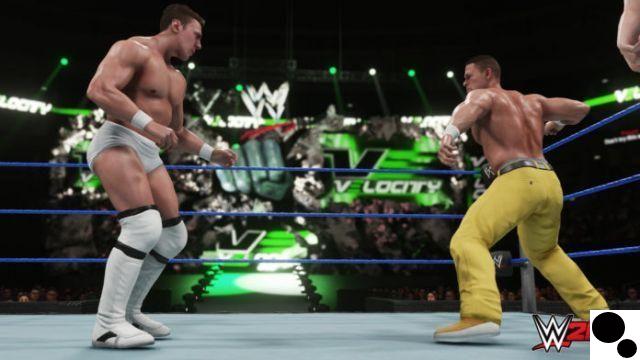 Wrestling video games were all the rage many years ago. You don't have to look far back to see the vast amount of different video game titles that would be released in the market depending on the sport. However, over time, this trend faded. We're seeing fewer wrestling titles coming out and it looks like we're having a period where we might not get much in the way of wrestling games. Although you're used to seeing the annual release of the WWE 2K series, WWE 2K20 may have changed things for the worse.

WWE 2K20 came out with several bugs and issues, some of which caused the game to crash for players. Rumors are circulating online that the WWE 2K game franchise has been put on ice for the next two years. This could open up the possibility of releasing a new WWE game but as of now, nothing has been confirmed.

Also, many fans are hoping that we will see an AEW game hit the market. Again, there's nothing confirmed on the way just yet, but it looks like AEW will keep fans updated on a potential video game release. In the meantime, if you're looking for something fun to play, maybe check out these video game titles available on current platforms.

WWE games in recent years are simulation-based, so it's kind of a good change in 2022 to receive a different style of video game. With WWE Battlegrounds, players essentially receive an arcade game that resembles some of the more classic brawler type wrestling games of the past. It's a simplistic game, from the cartoon graphics to the gameplay mechanics. However, sometimes being simplistic might not be what wrestling fans would really appreciate, as you can see some moves are copied and pasted on different character models.

If that doesn't bother you, WWE Battlegrounds may be for you. You have the choice between a wide range of old and new wrestlers and a campaign mode. The campaign mode is set up to appear like pages of a comic book where players are thrown into different matches. What's at stake for these matches are usually different rewards such as cards and characters. You'll be experiencing some issues in the game at least as of this writing, but it's nothing that shouldn't be fixed by updates. What probably won't be updated outside of the game are the microtransactions and there's a lot to do.

WWE 2K16 isn't the first title in the franchise to make its way to current-gen console platforms. This particular game is WWE 2K15 and Spoiler Alert, it is a title that is not on this list. There were plenty of improvements for developers Yuke to focus on with WWE 2K16, and thankfully, this iteration was a big turnaround for the franchise. While being developed for current and next-gen consoles, WWE 2K16 was still able to deliver in a big way. The game may not be as smooth as the latest versions of the series, but nothing would stop players from having fun.

There are also a few changes from WWE 2K15, such as a new submission-type mini-game where you work the joystick around in a circle in a kind of cat-and-mouse chase function rather than just smash. buttons. Likewise, there is also a limited stock of undos that you can withdraw. This makes it a little more strategic when you need to trigger a knockdown against your opponent. However, it should be noted that you can disable this feature and play the game without having any limit.

The wrestlers are also generous in this episode. You are still going to find plenty of customization options where you can create your own wrestler, entrance, moves, among other attributes. However, you will also find over a hundred different wrestlers to choose from in the roster. There are even several versions of different wrestlers to match a particular era. For example, you can find different yearly models of The Rock. To top it all off, if you're a Stone Cold fan, Showcase 2K offers fans an in-depth look at Steve Austin's career.

WWE 2K17 offered fans a lot of fan service in the base game. It brought some nice little improvements over WWE 2K16, although some fans weren't too happy that a Showcase mode wasn't introduced initially. The game got DLC that brought a Hall of Fame showcase that featured memorable matches and superstars, but if you were looking to get something like the Stone Cold Steve Austin showcase, you were out of luck. That said, there's still a lot to love with this particular episode.

Without spending too much time in the game, improvements have been made to the overall mechanics of the game. Players can take on multiple opponents in a match and with a new manual targeting system, switching from opponent to opponent is seamless . Reversals have even received a few more changes giving players a bigger window to trigger something like a Major Reversal.

You can even find yourself behind the scenes of the fight, which is a nice change of scenery. These behind-the-scenes battles are also bigger, allowing players to go to different rooms to pick up weapons. The developers also took a long time to give fans plenty of creative freedom, although there was one area that seemed a bit half-baked and that is promotional performance. It's basically a mini-game where players attempt to hype things up by selecting certain phrases within a time limit.

However, the real gem here is once again the detailed creation tools that you can create a unique wrestler with editing custom promo videos. We also can't forget to mention the Universe mode, as it gives you more control over the different shows that will be played from the Superstars that appear, the championships and even the PPVs in which they can compete. It's in this small mode that you can spend a lot of time creating shows that you would personally like to see play.

Here's the thing if you liked WWE 2K17, you'll get more of the same with WWE 2K18. It has the same feel and features brought to it. That said, you're not going to find Showcase mode making a comeback, but the developers were still hoping fans would embrace modes like Career or Universe mode. Overall the game feels relatively the same and it just edges WWE 2K17 by a hair in my opinion. While the gameplay mechanics when facing opponents have been mostly intact, one new feature has been added that the later installments were missing and that is the ability to take on an opponent with up to four different stances, walk around the ring and then be able to slam them to the ground. It's a small feature, but we're sure fans were thrilled to see the introduction in this episode.

You still have the Universe mode as mentioned which allows players to control with different custom shows. That said, the Promo Performance makes a return, and it's still a half-baked feature, but there's a small overhaul to Career Mode. Now, players can walk around training areas and talk with different wrestlers to get character insights, get tips, change outfits, take promotional photos, among other small features.

There are also a ton of different wrestlers in this list. However, if you don't feel like choosing from the roster of over 170 wrestlers, you can jump right into character creation. We've seen all kinds of custom wrestlers, from realistic creations of real-life individuals to goofy fictional characters.

We know you might be a little tired of hearing about the WWE 2K series back-to-back, but there just isn't a whole lot of variety when it comes to wrestling-focused video games right now. However, there is one different game that we can add here which has received quite a warm reception from fans and that is Fire Pro Wrestling World. It wouldn't be so surprising if you weren't aware of this series, it was more or less a Japanese exclusive that's been around since 1989, but in 2002 it finally saw a launch in North America with the release of Fire Pro Wrestling 2. Currently, the latest installment is Fire Pro Wrestling World released in 2022 for PC and PlayStation 4 platforms.

Now this is a big change from the WWE 2K series and it will take time to adapt to the gameplay if you are a newcomer. Not only is the title drastically different from the detailed visuals of a big budget WWE 2K series title, but the gameplay is also distinctive. If you're hoping this is the arcade-style wrestling game you may have wanted to play years ago, unfortunately, you're out of luck. Instead, Fire Pro Wrestling World's gameplay is much more strategic. It's all about knowing when to hit, attack, and place your character.

The wrestlers may not go out and have the lore or appeal to what WWE generates, but there are a variety of characters to choose from. If you don't find one you like, you can create your own character despite the simplistic graphics provided by the game. Likewise, apart from the various exhibition matches, there is a campaign mode that generates the typical story that you're waiting. Players take on the role of a young wrestler looking to make a name for himself and the story helps you navigate through the various matches.

Finally, we have WWE 2K19. This game is a combination of the latest episode of the WWE 2K video game and there are some improvements, some different tweaks but overall the same type of experience. For those who love the previous games, you'll probably have a great time with this installment. You still have a variety of wrestlers to choose from and the customization mode to create your own characters. As we've said in the past, we've seen quite a few unique and amazing characters created through these games.

While the game mechanics seem smooth, there is a change with the recovery system. Players will be able to unlock certain abilities or attributes with this system, such as getting a speed, recovery, or even punch power buff. Much like previous iterations, you have both Universe and My Career modes, with the latter being much better this time around. The writing team behind this game delivers in a fun storyline where players take on the role of an amateur wrestler at the indie level and eventually fight their way into the big leagues.

You will even find tower modes where you have to face selected wrestlers or compete in matches with a certain set of rules. That said, we're happy to see Showcase make a return. It's a missed feature and finally after a few years the developers decided to re-enable it. This time around, the Showcase talks about Daniel Bryan and presents a highlight of his career as well as his most important matches.

add a comment of The best wrestling games for PS4