Review Summary: My Hero Academia: Heroes Rising is an exciting, action-packed sequel that sets up the final film nicely 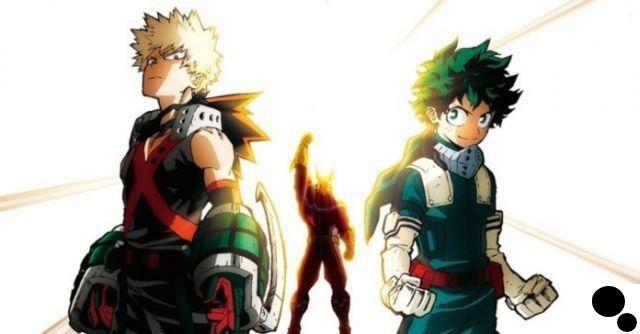 My Hero Academia: Heroes Rising is the latest anime movie title to be released and unsurprisingly, the movie is doing quite well!

The movie hits theaters this weekend, and with early reviews hitting the web, many of us can't wait to see how the sequel title performs. And as I mentioned above, the movie is doing pretty well. According to a few outlets, My Hero Academia: Heroes Rising is filled with a ton of action, explosions, and heart. The movie sets up a third movie set to debut later this year, so you'll be leaving the theater itching for more My Hero content!

Below are some of the most respectable media sites in the industry, check out the highlights for their reviews on the anime movie title – My Hero Academia: Heroes Rising:

If the creator's words are to be trusted, and this is the final My Hero Academia film, the series started from an exciting climax, among the series' greatest moments.

Heroes Rising is just one awesome burst of action after another. It doesn't quite nail the landing at its greatest moment and the villain is a bit boring, but that doesn't take away too much excitement.

A popular manga series gets a movie-worthy episode with "My Hero Academia: Heroes Rising," an uplifting animation that portrays heroism as an act of community.

In related news, Bandai Namco has released the third trailer for their highly anticipated fighting title – My Hero's One Justice 2!


The third trailer is long and features a ton of great gameplay featuring a bunch of new heroes and villains in action. Bandai seems to be upping the ante when it comes to the sequel title. With the game's official release date fast approaching, if there are any surprises left for the game, we should expect to see them revealed within the next two weeks. Check out the latest trailer for My Hero's One Justice 2 here!

My Hero Academia: Heroes Rising is set to debut in theaters next month on February 26. Are you planning to watch the movie this weekend? Let us know in the comments below!

add a comment of Review Summary: My Hero Academia: Heroes Rising is an exciting, action-packed sequel that sets up the final film nicely