Review roundup: EA Sports UFC 4 is the best take on combat sports, while also adding new features to the mix 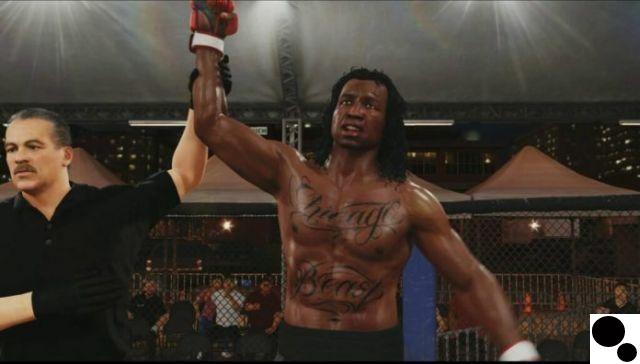 EA has launched the latest installment in the UFC franchise, and it looks like the developers have knocked it out of the park with this one.

UFC 4, and to be more general – sports titles are the games that come out every year or two, which makes the development cycle quite short. Because of this, there usually aren't a ton of renovations made to the sequel, but EA has managed to bring some new features to UFC 4, while still managing to tighten up its combat system, graphics, and playstyle. .

If you are a fan of UFC sports then UFC 4 will of course suit you, of course it is the best version of combat sports yet, but it is not perfect. The underlying issues remain hidden in the background, but the pros definitely outweigh the cons.

Below are some of the most respectable gaming sites in the industry, check out the highlights for their reviews of EA's latest title - UFC 4:

EA Sports UFC 4 is a largely iterative sequel that tightens up some looser parts, makes a few clever tweaks here and there, and doesn't rock the boat so much. And in that sense, it is a success.

The new submission system is a big improvement over previous years, there are some big changes to the career mode that make it much more fun to mold a fighter that suits your own playstyle, the new assist system grappling hook is a great tool for helping newcomers feel lost if downed, and overall the combat system remains incredibly deep. Longstanding issues remain in the ground game and some dated visuals, but without any competition for the title, EA Sports UFC 4 still remains the king of combat sports.

If you're a series veteran, UFC 4 makes some tweaks you've been asking for and has some new features. If you're a beginner, you have a long climb ahead of you, but it's worth it. The game doesn't innovate, but it seems to have refined what was already there.

Despite a few hiccups, EA Sports UFC 4 is a mostly satisfying UFC gaming experience. Those who aren't willing to put in the work to really master the combat system probably won't be as impressed, but those who put the time into it will find it to be one of the best MMA games available on modern platforms, with a terrific and incredibly rich roster and a variety of fun game modes.

In a similar vein, EA announced earlier this week that UFC 4 would be making its way to EA Access. This is very exciting news for members of the subscription-based model or those who don't want to sell $60. EA Access offers a ton of fantastic games and EA's UFC 4 is the latest entry to the service. Learn more about UFC on EA Access here!

EA Sports UFC 4 is available now on PS4, Xbox One and PC. Are you planning on picking up the latest entry in the series? Have you been playing the game all weekend? Let us know in the comments below!

Audio Video Review roundup: EA Sports UFC 4 is the best take on combat sports, while also adding new features to the mix
Black Friday news: Get one year of DEEZER Premium or HiFi at half price ❯

add a comment of Review roundup: EA Sports UFC 4 is the best take on combat sports, while also adding new features to the mix