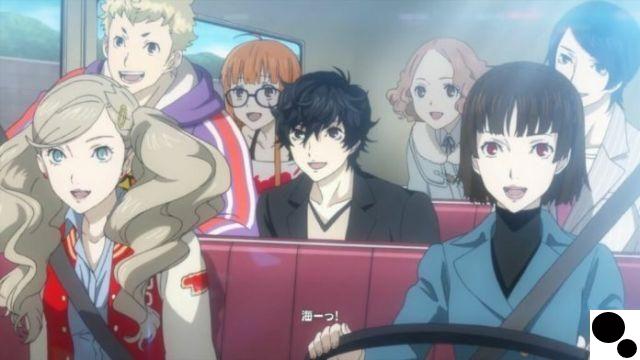 Yes, you read the title correctly, Persona 5 The Animation is coming to Funimation today! The entire series, which can be watched in subtitled or dubbed versions, will be available today.

Check out the Persona 5 The Animation English Dub Trailer below!

Announcement from Funimation regarding Persona 5 The Anime:

From August 18 in the United States and Canada, you will be able to stream all 26 episodes AND the two special episodes of PERSONA5 the animation, replaced and dubbed on Funimation. That's right, you'll be able to view the English dubbed version of the series exclusively on Funimation. You never saw it coming!

Adapted from the 2022 hit ATLUS video game by CloverWorks (Rascal Doesn't Dream of Bunny Girl Senpai, The Millionaire Detective - Libra: UNLIMITED) and Aniplex of America, PERSONA5 animation takes on the dungeon, slice of life, action Phantom Thief from the game series and brings it to life in a new way!


Persona 5 Animation's English dub was announced last month and drove fans of the game crazy. The voices from the original game have returned for their iconic roles, and the animation is better than ever. If you want to know more about the Persona 5 English dub announcement, read the full article here!

Persona 5 and Persona 5 Royal are now available to play on PS4. Have you seen the epic anime adaptation yet? Were you expecting the English dub? Let us know in the comments below!