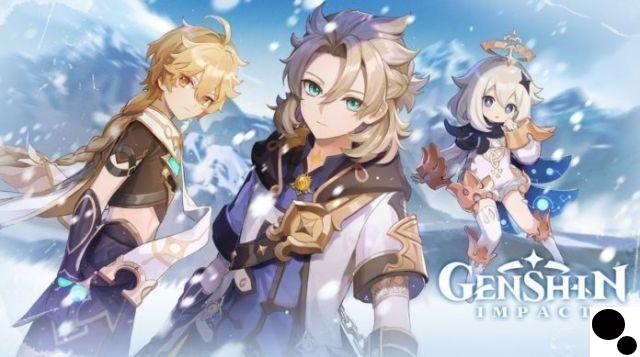 Massively profitable gacha title Genshin Impact will receive its version 2.3 update on November 24, 2022, and players got a taste of what to expect during a special live stream via MiHoYo. Absolutely jam-packed with new content, the game sees no signs of slowing down as it continues to amass a global fanbase at record speed: in the US, the game's release was the biggest launch of a Mobile story RPG. From new characters and quests to new events and rewards, fans will have plenty to look forward to for the months to come.

A new trailer has also been released for version 2.3:

The first new character is Arataki Itto, an Inazuma gang leader who uses a giant club as a weapon. This is what you are looking for if you want to deal damage, as Itto also has a pet bull that can help down enemies. The second new character, Garou, is a member of the resistance armed with a bow that is intended as support. Two limited-time banners will be unveiled during the first phase of the update for the very first time, while Albedo and Eula replays will appear at the same time. More details on this will be released in the coming days.

A new story quest for Itto titled "Taurus Iracundus" is coming along with some encounter events for Gorou and Beidou. The Golden Wolflord is a new open-world boss on Watatsumi Island.

As seen in the trailer, the main event of this update is Shadows Amidst Snowstorms which takes place in Dragonspine. Those who wish to participate will need to be at Adventure Rank 20, and a number of exciting rewards are available in this event. Players can collect snowman components, and building snowmen will also yield rewards – these snowmen are also permanent, so if you want to decorate, go for it.

Genshin Impact is currently available to play on Windows, PlayStation 4, PlayStation 5, and mobile devices. It is expected to release on the Nintendo Switch in the future, although an exact date has not been specified. As of October 2022, the title has grossed over $2 billion.