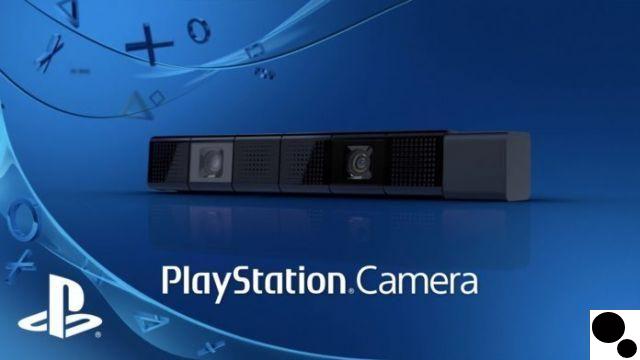 The PlayStation Camera was mainly used for the PSVR headset. However, prior to the release of the VR headset, gamers could use the camera for streaming with the added benefit of the included microphone as well. Other than that, there were a few video game titles that used the PS camera without being in the realm of VR. In this list, we are going to cover the best video games that use the PlayStation camera.

Tearaway Unfolded is based on a messenger who is forced to overcome all sorts of different obstacles before the protagonist can deliver his messages. This entire world is built on paper, leaving some of the interactive environment for players to manipulate and fold. With the PlayStation Camera, players can see themselves in the background of certain game objects or can even sometimes use the microphone to add their voice to the game, although this is completely optional for this video game.

The SingStar franchise has been around since 2004 and much like Just Dance, it's an IP that has seen multiple releases. However, the last installment we received for the franchise was in 2022 with SingStar Celebration. Unlike Just Dance where players dance along with the game, SingStar focuses on karaoke.

With the game featuring lyrics and a music video to go along with the song, players are meant to sing and hit the notes with a visual cue to tell players if they're too low or too high. Meanwhile, there are a variety of ways to sing along with this game, whether it's the microphones, a mobile smartphone app, or even the PlayStation Camera.

For example, players can interact with a hovering robot, summon countless humanoid robots throughout their room, while playing AR hockey. It wasn't a title you were likely to spend much time in, but it was interesting to see what all of Sony's hardware could offer gamers for the console platform.

FIFA has a huge following all over the world and you might be surprised that FIFA 15 is compatible with PlayStation Camera. If you have both the camera hardware along the video game, you can use voice commands throughout the game. Players can send commands such as telling a character to pass the ball, shoot, or problem-specific strategic commands such as formations.

There were also voice commands available to the player that adjusted the gameplay itself, the big one being adjusting the camera position visuals during gameplay. For some this might be a bit of a gimmick, but for players who already talk about what they like to see happen during the game, this could have been a rather nice feature.

LittleBigPlanet 3 offers players a new puzzle-platformer to enjoy. This third installment in the series brings three additional characters who offer their unique abilities and who will come to play to solve certain puzzles throughout the campaign. For those of you who complete the game, the development team has allowed user-created levels to be downloaded. Likewise, players can create their levels and upload them for other players to enjoy.

There is even PlayStation camera compatibility with this game. Now, it offers nothing too outstanding for gameplay. Mainly with the camera feature, you can take photos and use them as in-game stickers. It's similar to what the PlayStation 3 camera was able to do with the LittleBigPlanet franchise.

Alien: Isolation is set fifteen years after the events of Alien, where players will take on the role of Amanda Ripley, Ellen Ripley's daughter who is leading an investigation to find her mother's mysterious disappearance. Similar to old school survival horror titles, Alien: Isolation focuses on players avoiding the hostile alien enemy.

Instead, players have to rely on stealth mechanics to maneuver through the game. Did you know that this game was also compatible with PlayStation Camera? There were two big features for this game with the PlayStation Camera. For starters, players can use camera head tracking to look left and right in-game. However, the other notable feature that was highlighted for the PlayStation Camera was the fact that you could activate noise detection. If players were loud, the camera would pick up the noise and summon hostile mobs to your location.

#4 Invasion of the Rabbids: The Interactive TV Show

Bunnies Bunnies, love 'em or hate 'em, they stick around for the long haul. These wacky little guys have been around for quite a while now and if you've got the PlayStation Camera, you can dive into The Rabbids Invasion: The Interactive TV Show. Played similarly to the anime television series, this game challenges players through multiple episodes.

Players should mimic different poses, point at objects, and participate in mini-game style challenges. It's a game aimed at a young audience and with over twenty different interactive episodes, there's plenty of content here to keep kids entertained with new content.

Until Dawn, developed by Supermassive Games, follows a group of eight characters who decide to have a vacation retreat at a cabin in a fictional hill station in western Canada. However, their vacation retreat quickly turns sour as they learn that a psycho killer is on the loose, forcing our group of eight to survive until sunrise. Players will be able to control characters at different points in the story while making critical choices along the way.

Likewise, there are plenty of QTEs throughout the game, so depending on how quickly you react and the choices you make will determine how many characters will be alive. For this list, the reason Until Dawn is here is because the PlayStation Camera is used to capture jump scare moments. With the camera triggered to turn on before the jump scare and from there it will record your reaction for you to use as clips.

NBA 2K15 is your typical basketball simulation sports game. It comes with the usual controls for handling the ball, selecting different players on your team, passing and of course shooting the ball. There's also a career mode where you hope to be the next big thing in the NBA. Additionally, you have a GM mode where you oversee an entire franchise with the ability to modify finances, player contracts, and your stadium.

However, there is also an advantage for those who own a PlayStation Camera for this game. With the PlayStation Camera, players could have their face scanned and implemented into a game for their custom character. It can capture not only your facial features such as your eyebrows, eyes, nose, and mouth, but also other aspects such as whether you have freckles or moles. It can be hit or miss during scans, but once you capture it, the video game will do all the work of customizing the player's face for you.

Just Dance is an extremely popular video game franchise and it continues to thrive today with new installments. With an upbeat soundtrack and visual direction on how players should move with the beat, the game is easy to understand and play. When the PlayStation Camera was introduced, you can bet there were Just Dance games available to players that tracked the player's body as they attempted to dance along with the visual cues. However, there were some issues initially that players had to overcome.

The camera would pick up other objects in the room, the lighting could be a big distraction, and you needed enough space to participate in the game. Over time, players were able to overcome some of these difficulties such as cleaning the area of ​​any object that would be considered attached to the player. It's also best for players to have the camera at an angle that can capture the player's full body, which is easy to tell from the video playback. That said, the game is easy to manage, as mentioned, with players moving with the on-screen dancers.