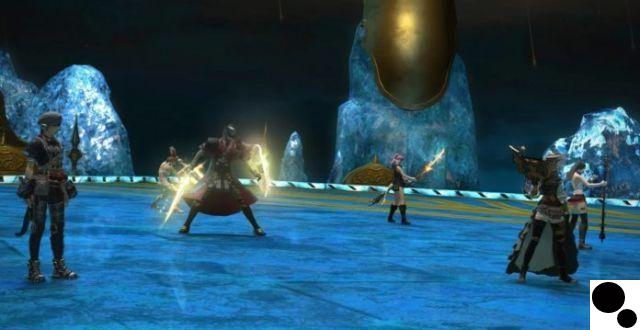 I was there at E3 when XIV debuted. I saw the grinning faces of the press and players, and witnessed the rock launch. I was also there when he was literally “reborn” and experienced the drastic upgrade myself. Years later, I would learn that Yoshi-P's light touch (alongside his team) was responsible for the revival, and it seems Square Enix noticed that too; as he is one of the developers leading Final Fantasy XVI.

But before we focus on XVI, I sat down with Yoshi-P to talk about XIV: Who's Still Got A Lot Of Life. 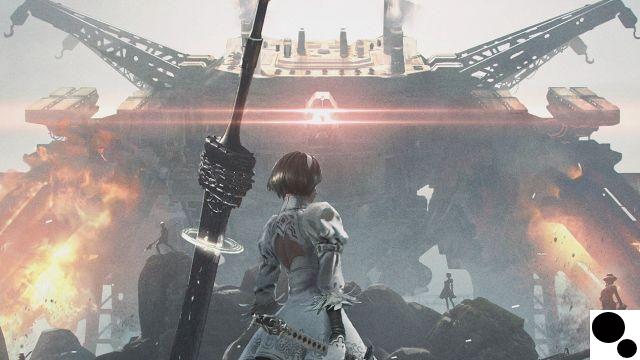 : How do you manage to fill in all the content you do in every major patch? It's not just PVE content, but almost every facet of the game is upgraded with quality of life changes.

Naoki Yoshida: We're able to achieve this volume of content in every patch because of a few key things: the continued efforts of every member of the development team, our leadership team keeping everything on schedule and under control, and ongoing support from our infrastructure team. However, I think the most important factor is our planning for the implementation of all content, even years in advance.

Patch 5.3 already had a completed implementation plan even before Shadowbringers development was completed. As the producer and director of the title, I start the planning by creating a first draft, then I share it with our team leaders who will discuss within their teams and refine the details. This way we avoid my recommendation being the last word, but I will consider each division's comments and suggestions on what content they would like to make improvements or adjustments to, and after deciding on the general direction, we would add the details in the content implementation plan. We cannot create much of the content offered in one patch cycle (approximately 3,5 months), and most require at least two patch cycles of time and resources. You could say that the development team is still living six months in the future...


Larger projects such as streamlining the storyline and adding flights to A Realm Reborn areas can take anywhere from nine to twelve months, where our staff find time between working on main patch content to complete them. Other examples include the world visitation system, cross-world party finder, and Bozjan's southern front (coming in patch 5.35).

The impact of COVID-19 pushed back the Patch 5.3 release date by approximately two months, but the reason the volume of content did not decrease was mainly due to long-term planning and detailed management .

In 5.3 I couldn't believe resurrection immunity got a new timer: I've been waiting for this since 2.0! It's such a small thing for the team, I'm sure, but small improvements like this can be huge for the player base. What led to this inclusion and why wasn't it earlier?

Improving Transcendence wasn't the only change with this patch, as we've also made adjustments to content that we've flagged throughout A Realm Reborn as aspects we wanted to tweak, including giving Display priority to your DoTs over enemy health. bar. We set a goal over a year ago in our plans for Update 5.3 to significantly expand the free trial and target new players.

With that in mind, we've made adjustments to help manage server stress and load, and also made some very detailed, yet sweeping, changes to back-end server processing. All of these various changes are a result of that work, so I think we'll continue to have these “small but big surprises” in the future (laughs).


How important are 24-person alliance raids at this point in the game's lifecycle? It's one of my favorite parts of the game, but does the team still enjoy working on it and does the player base engage with it on a regular basis?

Our original goal and plan for alliance raids when we were launching A Realm Reborn was for the content to not only be large in scale, but also higher difficulty than what we see in-game. I think that would have paid off somewhere below The Binding Coil of Bahamut in difficulty, but much harder than what we currently have.

Unfortunately, when we determined that the release of the alliance raid would not be in time for the launch of ARR, we had no choice but to change the plan of our difficulty hierarchy for our content. We thought players would feel smothered if we only had high-difficulty content, so Alliance Raids were positioned as a more casual type of content, although there were a few wipes along the way. This has proven to be well received and we are also very happy with the current difficulty level. We plan to continue to include this as one of our main forms of content.

I also think we are able to keep this content fresh and exciting both due to staff growth through their experience on the team, and also by moving members who work on alliance raids . Alliance raid bosses tend to have simpler mechanics than Savage difficulty raids, so it's a perfect content type for beginner and intermediate personnel. I could see them working on that to hone their skills in creating raid content and then move on to work on Savage battles. It's also a great way to ensure that the same staff aren't always working on the same type of content.


We're also specifically asking staff if they'd like to work on some content after solidifying some of the basic ideas and information, and I think that may have been a major factor in helping to create new, high-quality content. When it came to the NieR crossover, of course, our entire staff said, “I want to work on it!” (Laughs).

What percentage of players do you think regularly participate in PVP activities in Final Fantasy XIV? How satisfied are you with the PVP element of the game? I think it has evolved a lot.

We've been able to increase the total number of modes available to players in PvP, and we're trying to steer it down a slightly more casual and accessible path – from there we've seen a steady increase in the total number of participating players. in PvP content. Especially for Frontline, there are a lot of people casually enjoying the content, and we do our best to accommodate all the feedback we receive, including through capability adjustments – sometimes subtle, sometimes drastic.

We decide which direction to take to make the adjustments for each job based on factors such as each job's win rate in matches or how often it's played compared to other jobs, then analyze the capabilities and determine the appropriate adjustments. We have plans for the future for PvP, but we'd appreciate your patience until we're ready to make those announcements!

Tell us a bit about the crafting side of Final Fantasy XIV. I feel like it's often left out of the conversation because of the excitement of PVE content and the glamor of raids. Is there a dedicated content creation team? What did you want to add to this part of the game?

First off, I'd like to point out that the dev team and I don't have the mentality of trying to force people to play all the types of content we bring to the game, and by that I don't mean not just say craftsmanship and gathering. FFXIV is part of the Final Fantasy series, so playing through the story is a must. There are battles in the story and many players like to fight; so naturally, the content of the battle becomes the main element. At the same time, modern gamers are busy with a lot of things outside of games: spending time with family and loved ones, engaging in social media, and more. Our mindset is for players to pick and choose what they want to play within their schedule, so we never feel like it gets left out.

We indeed have a dedicated game design team called the “non-combat team” that not only specializes in content creation and collection, but also takes care of housing. This team is made up of about six or seven game designers, as well as a dedicated programming team, all of whom work alongside the UI team to help create those gameplay elements that enrich the player experience in Eorzea.

We have future plans for content for these teams, so stay tuned. We plan to make announcements at one of our live letters from the producer down the line! 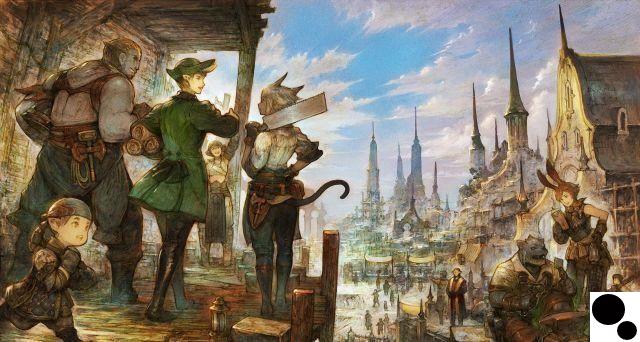 Do you see yourself changing anything about how the current endgame PVE system works? The currency system along with weekly lockouts still works for many players, but over time I can see it becoming obsolete. Do you feel like it works as expected?

I don't think all the systems we have will be perfect for players who want to enjoy the game in the moment. However, FFXIV has always been designed as a modern work-life balance MMORPG that attempts to bridge the gap between players who play early on and those who join later. Additionally, we want to ensure a user-friendly experience for all players returning after a break from the game. At least while I'm in charge of this title, I don't think this policy would change.

Daily life in reality is constantly changing, and people's lifestyles are also changing. If I feel the need to make adjustments to accommodate major real-world changes, then I'm sure we'll be looking to make changes to this system or any other system at any time.

Do you feel comfortable with your content cadence at this point: with even-numbered patches bringing big raid content and odd-numbered patches serving as a catch-up of sorts? Would you ever mix this strategy?

I think it could go both ways, and we could either make drastic changes or continue with the current cadence. I feel like it's a bit difficult to talk about because doing so may limit our options down the line.

Our current content implementation cycle is a very powerful tool for the development team as we are used to it and comfortable with it. It's easy for us to make predictions about areas of development that might cause problems, and we can use our past experiences to easily change our predictions. Plus, because it's easy to create these plans for us now, there are major benefits such as being able to keep our volume of content in as large updates as possible.

However, having the same cycle repeat itself will result in both predictability and boredom for players. Stability creates a sense of security, but there's a very fine line between that and boredom, and I constantly have an internal debate about it. In order to alleviate this annoyance, we implemented new content types such as Ultimate Difficulty Raids and the accompanying World Premiere Race, and also created content such as Eureka and the Bozjan Southern Front. In the end, I feel like this could be an endless thesis, so maybe we can leave it at that for now. 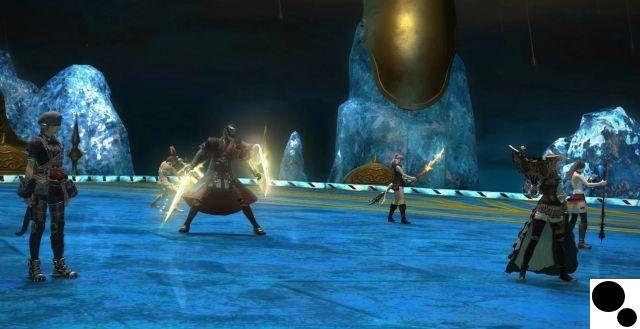