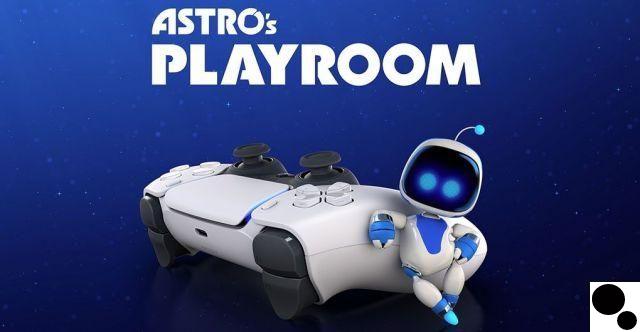 Those of us who have been gamers for a long time have tried a few video games from those that come on demo with every console. They're usually not very good, or too much fun, but the Astro's Playroom for PS5 came, like the rest of the platform, to change the rules. Of course, this time it wasn't just about showing off power and graphics power. It was necessary to make the most of an element as revolutionary as the DualSense, Sony's new gamepad.

And you know what? They embroidered it! After playing it, and we assure you we've played it a lot, we can't think of a better way to learn how to handle this marvel properly. Therefore, we are going to tell you everything we know about a wonderful Astro's Playroom for PS5 which, by the way… it comes pre-installed and is completely free!

Although a few years ago we would never have imagined seeing how other people were playing, the truth is that today we can't think of a better way to start talking about a game than by watching gameplay about it. This is undoubtedly the best way to get an idea that this Astro's Playroom for PS5 it's much more than a well-crafted demo. The new PlayStation platform has a lot to discover, and little Astro is the best guide we could look for.

Besides being beautiful, the most attractive of Astro's Playroom is the fact that he allows us fully experience DualSense. Haptic technology allows us to feel everything from the ground our character walks on to notice the differences between one weapon and another like never before. The pimples harden more or less depending on the effort required, which turns every action into a real challenge.

And why do we say it's pretty? Well, in addition to the obvious (it's done with great pleasure), because its creators take us through colorful universes that, in reality, are based on previous Sony consoles. they have a place from PSX to PS4 to PSP, the eternal PlayStation laptop. As a game, it's short, it takes place in an afternoon, but as an experience, it Astro's Playroom for PS5 It's a real marvel that, coming pre-installed, shouldn't be missed.

Astro's playroom: all the references

As we mentioned, one of the best things about Astro's Playroom, along with its groundbreaking gameplay, is how many references it makes to the glorious platforming that brought us to the all-new PS5. We've always said it's important to know the story to know what got us to where we are, and in the world of gamers, things are just as important as ever. But what are the references Astro's Playroom makes to everything that came before it? Fasten your seatbelts, the curves are coming… and what curves!

Sony never had an official mascot as such, but if there is a character that represents the brand, it is that of Naughty Dog.

The last of us

We have only experienced two video games from this franchise, but they have been more than enough to leave our mark. We are very ellie, Why hide it!

Carré he has always conquered us with his stories under the seal final Fantasy, but the one with Cloud Strife marked us forever, and this Astro's Playroom for PS5 known!

God of the war

Kratos has embarked on a new adventure that still made us dream. With a new delivery promised for PS5, nothing better than the nods to God of War that we'll see in Astro's Playroom PS5.

Another one of those sagas that have thrilled us over the decades. It was clear that Lara Croft couldn't miss a review of PlayStation's best moments, or what?

Considering what happened with Cyberpunk 2077, you could say that it was the last wonder to arrive on PS4, and as such… we had to pay tribute to it!

The adventures of Solid Snake animated us not a few hours of entertainment. The best Kojima has done is also present in Astro's playroom, and you can imagine what a wink he uses!

We could spend hours writing about them, but for now, at least, we leave you the rest of References that appear in Astro's Playroom on PS5, let's see if you can find them all!

A good way to extend the life of this Astro's Playroom for PS5 is to get all their trophies, which will give us the coveted platinum trophy. Of course, to get it, you have to get all the others, including all those hidden trophies!

And finally, it suffices to mention that the soundtrack of the Astro's Playroom for PS5 it is also a real marvel. Without a doubt, the best possible accompaniment so that this first adventure of the new Sony platform is fully satisfactory. We sincerely hope that you enjoy this video game as much as we do. And whether just the beginning of all the wonderful things to come!

add a comment of 👾 Astro's Playroom PS5: all references and hidden trophies