Starfield: a new concept art for the next game is out 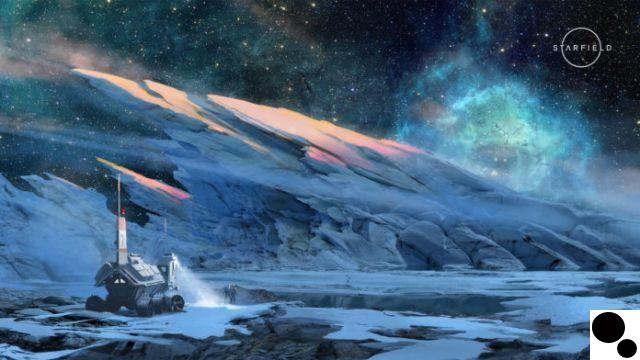 Bethesda is celebrating the new year by giving fans a fresh look at their upcoming RPG, Starfield. As seen above, the newly released concept art is a freezing winter scene with stunning views of the galaxy in the background.

Now that 2022 is here, anticipation for Starfield is growing as this is the year of its planned launch. The game is developed by Bethesda, creators of the mega-popular Fallout series and The Elder Scrolls. The new game will be an all-new, next-gen experience in space. While Bethesda is known for its impeccable global construction, this is the first new franchise developed by the company in over twenty-five years. Players can't wait to get their hands on this all-new story.

Starfield is located in an area of ​​space about 50 light-years from our solar system in a place called "the Installed Systems." The game is set 20 years after the bloody Colony War of 2310 which involved two factions: the United Colonies and the Freestar Collective. This is a peaceful time when players will be able to navigate space as a member of Constellation, a group of space explorers.

The new concept art appears to give a glimpse of the space organization, Constellation, as two little astronauts can be seen in the image. They are standing next to a large vehicle with a beautiful pastel scene of ice and snow in front of them. A similar explorer vehicle was shown in the game's E3 2022 trailer. The astronauts appear to be standing on the edge of a large crater as the planet appears uninhabitable for humans. The concept art begs the question: what other types of planets might be waiting for players to explore?

As the game's release nears, be sure to watch for more details about the space exploration RPG. Starfield is scheduled to launch on November 11, 2022 on Xbox Series X/S and PC.

add a comment of Starfield: a new concept art for the next game is out