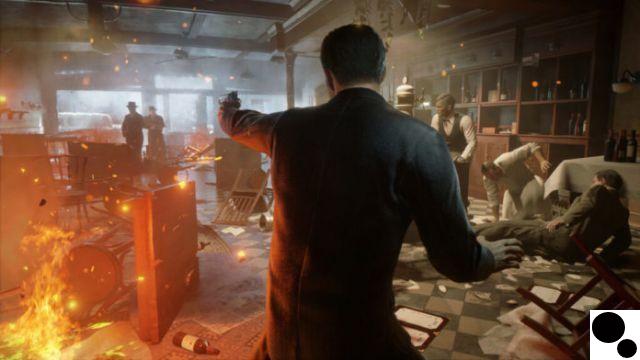 2K Games and Hangar 13 have announced the first update to their recently released reamke title – Mafia!

Yes, the recently released game – Mafia: Definitive Edition, has received a new update and it comes with a ton of new additions, changes and fixes. The update is available to download from today and one of the biggest additions to the game is that players will now be able to play the game in a black and white filter called Dark Mode.

The update includes a lot more, like custom HUD options, a host of bug fixes, and more. The developers have taken to their blog to detail the full set of patch notes.

Check out the full set of patch notes for Mafia: Definitive Edition below:

Today, Hangar 13 will release an update for Mafia: Definitive Edition on PlayStation®4, Xbox One, and PC. This update addresses various issues reported by players and also adds the following new features, which we hope you enjoy:

Mafia: Definitive Edition fixes in this update include, but are not limited to:

2K Games and Hangar 13 did a phenomenal job on the Mafia remake. The graphics, gameplay and minor changes really made the game so much better.


We here at gameranx have been covering the game for quite some time, so if you want to check out previously released trailers, helpful guides to get you through some tricky parts, or just want to know more about Mafia: Definitive Edition, so be sure to check out our dedicated game page here!

Mafia: Definitive Edition is available now for PS4, Xbox One, and PC. Have you jumped into the epic remake of the classic title? Let us know in the comments below!