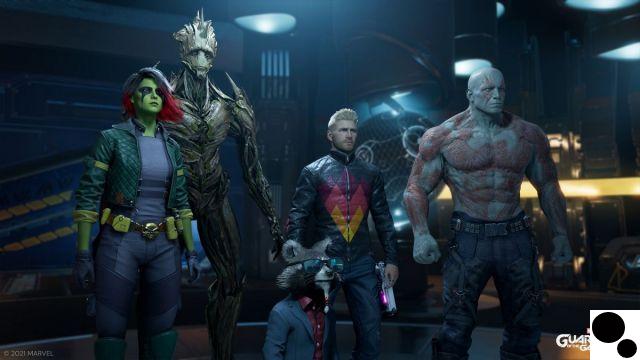 Guardians of the Galaxy isn't the type of game that really encourages multiplay - and yet there are tons of little details that can change based on your choices. It's not really a choice-based game, but the developers have opted for a Telltale-lite method of storytelling, giving you multiple choices when navigating through conversations. There's a lot of conversation, and depending on how things go, you may walk away with special rewards or unique stages in future levels. Some choices can change entire puzzles or take you to a completely unique level. It doesn't happen often, which is what makes these features so strange.

To help you understand all the weird choices that really matter, we've broken down the most important ones below. Guardians of the Galaxy's story is the same no matter which you choose, but you can go through it in different ways. You can bring in more reinforcements for the final mission based on your conversations! You can even earn special keys to access collectibles that would otherwise be inaccessible. A particular choice will change your ending. There's a lot to reveal, so let's bring these weird little secrets out into the open.

More Guardians of the Galaxy Guides:


Very early in the game, at the end of Chapter 1, NOVA Corps will raid your ship and you will have very little time to make a decision: hide the creature you found or hide the illegal technology.

Dance Chapter 2 you will find Nikki's mother in an elevator. You can choose to support it or not. If you make the right choices, you will win a Personal security device from Nikki which will allow you to unlock certain doors and access collectibles not otherwise obtainable in a later chapter.

Dating without lips on Knowhere

On Knowhere, at the start of the stage, you can find Groot and Rocket hanging out at a red-tinted bar. Talking to them will trigger a scene with a gunman named Lipless. This monster wants to sing, and if you play with it, you can win a billet Collector's Emporium gratuit.

In the Knowhere market, you can find a seller who sells a Disabling Nova Corp for 1500 units. It is located to the left of the Collector's Emporium entrance. This thing is totally useless. Nothing changes if you buy it. The only difference is that Rocket will laugh when he finally sees it.

Distracting raker on the church ship

On the Sacrosanct, you will meet Grand Unifier Raker and Rocket will ask you to distract him. If you distract him, Rocket can successfully hack the drone, making future sections of the mission easier.

This choice does not entail major consequences, but entails a great change. Later on the Sacrosanct, before the end, Gamora will flee and chase after Raker. You can fight the enemies on the right or chase Gamora up the ramp on the left.

On the chapter where you will meet the Worldmind, you can refund your fine using the Nova Corps menu. Apparently nothing changes if you pay the fine, but there is one major difference.

Reinforcements | Get help vs. Sacrosanct

Dance Chapter 14, you can change missions by getting help from Cosmos and Worldmind. There are two tricky sequences where you'll face large groups of enemies with overwhelming odds - if you get reinforcements, they'll help you take out the enemies and make your mission much easier. To do this, you need to select the right dialogue choices when you encounter them earlier in the game.

If you make these choices, Cosmo and the Worldmind will appear to help you in the final chapter. They will also appear for a final conversation in Chapter 15 during the strut sequence. You will have one last conversation with the two characters before the true ending.

And it's all major chances that happen through dialogue choices. After a game, there are still a few choices that I didn't know would have future repercussions – or totally change some sequences. If there's anything we missed, let us know!

add a comment of Guardians of the Galaxy: Everything That Changes | Guide to the best dialogue choices