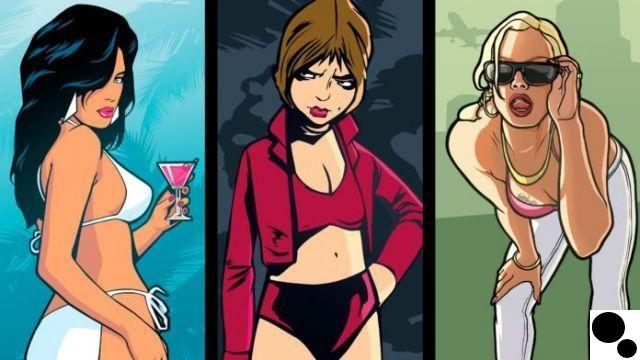 The GTA Trilogy remaster marks the first time the PS2-era Trilogy has made its way to a Nintendo console. Therefore, Nintendo fans have been quite eager to see what the remastered trilogy will look like on the Nintendo Switch. There is some skepticism about Nintendo Switch ports as they can be hit or miss in terms of quality.

The good news is that the Switch version of the game appears to be getting the same remastered visuals as the more powerful Xbox and PlayStation consoles. Screenshots naturally have a lower resolution than next-gen consoles and PCs. However, comparing the different consoles on a high resolution screen doesn't quite do the Switch version justice. The Switch is obviously designed to be able to play in handheld mode, which requires a much lower resolution to achieve the same level of fidelity.

Naturally, when playing on a TV, especially a 4K TV, the Xbox and PlayStation versions of the game will look much better. Still, it's nice to see that the Switch version seems to be getting the same love as other consoles. It's important to note that Rockstar hasn't revealed what resolutions and framerates each console will play the game at, which is a little concerning for a game so close to release. For a game coming out in a few days, there's a lot that hasn't been revealed other than resolution and graphics. Two of the main omissions gamers want to know are how the new "GTA V" style works and whether original music will be included on radio stations.

While there are plenty of unanswered questions about the upcoming GTA Trilogy, players just have to wait a few more days to get all the answers.