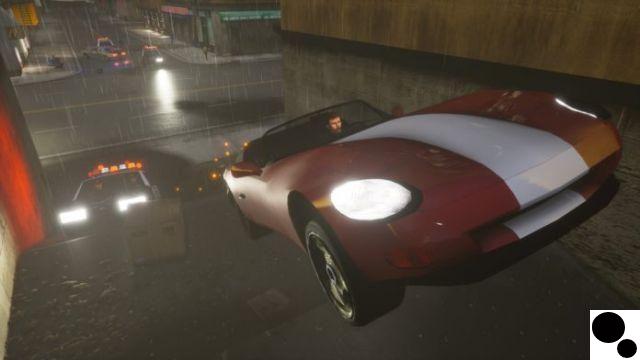 GTA 3 was a revelation. Today, we're inundated with open-world action games — they're literally everywhere! And that's all thanks to Grand Theft Auto 3. The original 3D RGT can be incredibly influential, but it's a pretty old game now. Many design decisions are going to feel totally strange to us. There are not as many activities as future games in the series. This game is as basic as basic can get. You have missions to complete, and a handful of optional activities… and that's about it.

So we've struggled to find 10 whole tips (and/or cheats) for GTA 3. Instead of giving you a bunch of worthless nonsense, we've whittled that number down to 7 solid tips to help you really get started in GTA 3. We've got tips to help you get a powerful gun early on in the game, how to get useful permanent upgrades we totally didn't know about when we were kids, and grab a barely functional aircraft for semi-strange flight action. GTA 3 is a nostalgic marvel, and there's no reason you shouldn't give it a try. Especially with these tips in your back pocket.

#1: Things to Grasp Early on


The starting island, Portland, is pretty shitty when it comes to weapons and vehicles. Most of the cars really suck and you won't be able to get good weapons until you unlock the second island unless you know where to look. One of the best secrets at the start of the game is a AK-47 and Body Armor hidden you can get for free. Travel to St. Mark's and check the alley behind Restaurant Cipriani. Go into the narrow space (only big enough for Claude) and drop down to find these bonuses.

You can also take a very good car. Explore Harwood in the northern part of the island to find the Car dealer. Break the glass and you can steal one Banshee easily, which is one of the best cars in the game. Drop a few of these in your garage to make your life easier when you start running races or timed missions.

We all know the Hookers in RGT. The infamous (and notoriously trashy) inclusion allows Claude to fetch prostitutes to regain his health. And not just the regular amount - they'll heal you beyond your limit, making it a useful boost before taking on difficult missions.

It costs a bit more money, but it's not too bad with a little boost. And there's really no reason to shoot the prostitute after your "session" - you won't get your money back, they just deposit a random amount of money like every other civilian in the game.

#3: Beware of these points of no return

GTA 3 is an old game, and as an old game it has some questionable design choices. One of those choices concerns gangs — at certain points in history, gangs permanently light up. There are total 7 gangs in this game, and 5 of them will try to kill you constantly by the end. As in, if you enter the territories of these 5 gangs, they will start shooting at you. Not great, and once a gang is constantly going after you, completing side missions in their turf becomes much more difficult. Sometimes it's almost impossible.

Some of these gangs, like the Yakuza, may still have missions that can be completed by the time you reach these cut points. If you complete any of these jobs, all other Yakuza missions will instantly become unavailable, so be sure to complete them first. And there's another big reason you'll want to avoid going deep in the game - once the gangs turn on you, ambient missions become nearly impossible.

Side Jobs (aka Ambient Missions) are available in GTA 3 by stealing certain types of cars. The Taxi, ambulance, fire truck and police car each gives you a different type of mission – and some of them are incredibly useful to do at the start of the game. maniacs pull out guns at every street corner.

The best jobs to do are Police vigilance missions and Ambulance missions. They don't just help you earn money, they'll also unlock permanent and useful upgrades for your hideouts.

Free Health and Easier Access Bribes from the police are incredibly convenient. These tasks are also cumulative: you don't have to do everything in one session. Just try to do it BEFORE all the gangs randomly shoot you with machine guns.

#5: When you unlock each island

Liberty City is split into three different islands, and you will only be able to access the first island (Portland) for the foreseeable future from the start of the game. The early GTA games all pull this trick, blocking off specific parts of the city until 'til you completely have some story milestones. If you want to know exactly when you'll unlock each island, here's a quick rundown.

Last Requests is the last mission for the Leone Crime family, and practically the last mission you can even get in Portland. Meanwhile, unlocking Shoreside Vale can happen quite early in Act 2 by following Donald Love's quests. Once you can work for Love, just do his job until Shoreside Vale is open. No need to do everything else first.

Later RGT games are all about flight – in San Andreas you can even get a pilot's license. You will fly helicopters, planes and even jet packs. But GTA 3 has yet to reach this level of innovation. As the first massively popular open-world action game, Rockstar couldn't quite lock down the flight controls just yet. And again, you can find an airplane in this game. Dodo is barely an airplane, but you can hit the skies with enough practice. It's really more like a car with reduced gravity.

To find the Dodo, you can explore one of the remote hangars in the Francois International Airport. Flying isn't easy – you'll need to increase speed, then aim up and somehow hover. It barely works, but the fact that this thing is still in the game is fun. Piloting the Dodo makes you even more of a daredevil.

Part of the fun of RGT is mindless violence. And only GTA 3 rewards you for it. You will earn money just by destroying cars – blowing up every car on the street can quickly rack up tons of cash. Just hit cars with your car to earn money! Going crazy literally all the time is a great way to earn some cash, and you'll need a lot of it as some missions require it. There are two specific missions you'll want to research.

If you don't want to cheat, you can just go wild and go back to your bribe counters to quickly lower your wanted level. It's worth having the extra cash to evade the police. Go wild near police kickback markers for quick de-escalation and escape.

And that's all the advice we have! GTA 3 is a much simpler game compared to the sequels, but there are still a few things you really should know before going too far.

GTA 3: Definitive Edition – How To Activate Cheats | All codes for all platforms ❯