Gogeta or Vegito? It's easy 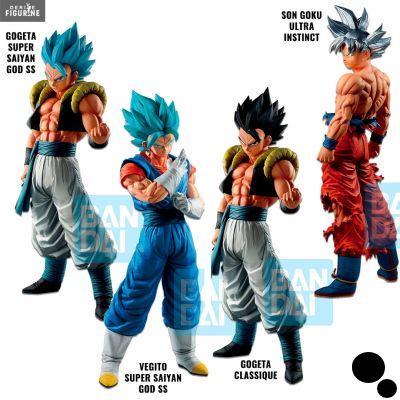 Goku and Vegeta have two fusion forms in Dragon Ball, Gogeta and Vegito. But which form is the most powerful? The answer is quite simple.

There are two different fusion forms for Goku and Vegeta in the world of Dragon Ball — Gogeta and Vegito — but which is stronger? The answer is quite simple, thanks to Dragon Ball Super. Originating in Dragon Ball Z, fusion is a concept that allows two characters to "fuse" into one being. The purpose of the technique is to dramatically increase their power level. She also combines their thoughts and personalities into one mind. Two of the fusion methods in Dragon Ball are Fusion Dance and Potara Earrings.

Goku and Vegeta used both techniques. After receiving the Potara Earrings in the Buu Saga, Goku and Vegeta combine to form "Vegito", who at that time was the strongest character in the series. In the non-canon Dragon Ball Z movie, Fusion Rebirth, the two heroes perform the Fusion Dance to become "Gogeta" and defeat Janemba. The Fusion Dance is repeated again in Dragon Ball GT, which has since been removed from canon. Gogeta isn't actually part of the series' continuity until the 2022 movie, Dragon Ball Super: Broly.

VIDEO OF THE DAY

There has been much debate over which form of fusion is most fearsome in combat. Both have been instrumental in battling some of the strongest opponents in Dragon Ball history, including Buu, Zamasu, and now Broly. While on the surface the two seem to be on equal footing, Gogeta is superior to Vegito for a very simple reason: Vegito has a power limit.

It is established in Dragon Ball Z that Potara's fusion lasts forever, but this is retconned by Dragon Ball Super which reveals that it actually only lasts for an hour when the earrings are worn by mortals. However, the hour-long Fusion still sounds a lot better than the Fusion Dance's time constraints, which only allow Goku and Vegeta to be "Gogeta" for thirty minutes. The upside is that Gogeta can fight with full power and even achieve Super Saiyan Blue form without worrying about the consequences.

No matter what Gogeta does, the fusion lasts the full thirty minutes, while the Potara fusion is rather flawed. This is surprising, given that it is a divine technique. As previously stated, the Potara fusion should last an hour, but Dragon Ball Super has proven that this rule has its sound. Against Zamasu, Vegito accessed Super Saiyan Blue form and fought for less than fifteen minutes before the fusion subsided. Goku and Vegeta defused after Vegito hit Zamasu with the Final Kamehemeha. Apparently, the amount of energy distributed by Vegito was too much. Gogeta does not have these restrictions and can strike opponents with the full force of his power, making him the strongest warrior.

More: Dragon Ball: Where Future Trunks Got His Sword

Nicholas Raymond is a film and television series writer for Screen Rant. He graduated in Journalism from the University of Montevallo and is the author of the psychological thriller and time travel novel “A Man Against the World”. Nicholas' love of storytelling is inspired by his love of film noir, westerns, superhero movies, classic films and ancient history. His favorite actors are Tyrone Power and Eleanor Parker. He can be reached by email at cnrmail@bellsouth.net and on Twitter at @cnraymond91.

add a comment of Gogeta or Vegito? It's easy