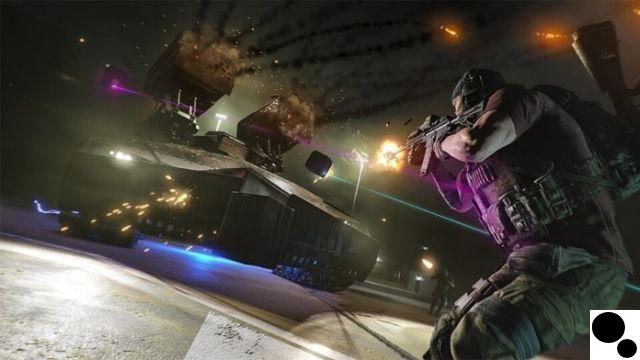 The new Titan Raid might still be in beta for Ghost Recon: Breakpoint, but that doesn't mean we can't start discussing the challenges bosses are having.

Like Raids in Destiny 2, you'll work with a team to fight tough bosses with their own special mechanics. Raids are extremely difficult and require a lot of teamwork to survive – and the Raid Titan is no different. It helps to know exactly how to deal with each boss, and we'll explain all the mechanics in the full guides below.

There are four main encounters in the Titan Raid. Each encounter, like the Division 2 raid bosses, has special mechanics that you'll need to exploit to win. Although the Ghost Recon: Breakpoint raid is not as advanced as these other games, the combat is still challenging. I'll walk you through how each encounter works and what you need to know to win.

How To Beat All 4 Raid Bosses | Project Titan Guide

There are 4 boss encounters in the Titan Raid. At the start of the mission, you will receive a clue and a photo showing where to find your mission. Entering the correct area will initiate a boss encounter.

The basics: Baal's massive tank has an insta-kill mechanic and features a tiny weakness at the back of the tank. The Titan Alpha tank scans players with a blue (and later purple) laser. Once the scan reaches 100%, the player will die instantly from a rocket attack.

Strategy: Stay behind the tank and shoot the tiny blue panel with burst or single shot weapons. It's hard to hit, so accuracy matters. Draw aggro as you get closer to the tank – it will follow whoever is closer.

To remove the laser scan, run it in front of the laser drive - it will be swapped for that drive. The trick to this fight is that you need to constantly swap laser scans to avoid instant destruction. Assign numbers to each player (1,2,3,4) and call them in order to swap the radius.

At 50% health, the tank adds a second purple laser sweep. You will need to use the same tactic to switch scans before the reader reaches 100%. The boss will spawn shotgun wolves and a sniper will spawn when the sound is heard. Focus on removing wolves if you are scanned/aggressive. The tank cannot hurt you unless the laser scan reaches 100%.

The basics: The massive supercomputer has three weak point nodes that you must destroy simultaneously. The room slowly fills with poisonous gas and flying drones. You will need to coordinate closely with your team to clear this encounter.

Strategy: This boss requires communication between players – a player must be assigned to the control room, while the other three players will have to expand to three different areas with three terminals each. The control room player uses three maps – each map shows three terminal locations, with a red dot.

The control room player will announce which of the three dots is red for each player – each player has time to find the terminals before the encounter begins. Call (Left/Right/Center) to each team member. Hack the correct terminals to deactivate the toxic gas and start the DPS phase.

When the poison gas is turned off, everyone must rush to one of three computer nodes. Use the hand scanners to reveal the knot, then everyone can photograph together. Rinse and repeat, dealing with incoming drones as you reset.

The basics: A giant flying drone that unleashes various attacks, calls down laser beams, and has a squad-wiping mechanic. Aim and shoot the side panels to stop him. Shoot the exhaust port underneath to damage it.

Strategy: The trickiest part of this fight is the insta-kill shock blast. When the boss flies into the center of the arena, it charges and unleashes a shockwave that kills your entire team. To stop him, aim and coordinate to shoot the side panels at the same time. This will stop the attack.

Stay on the move to avoid AOE rockets that leave lingering areas of damage. Shoot the exhaust port under the flyer to damage it - and take care of the drones flying around the area. You will also have to beware of the deadly lasers that cross the arena.

Have all four players stand at each corner of the map. Stay in the base square and watch out for the laser going through the map. Be ready – simultaneously shoot the panels under the wings to stop the attack.

At 50%, the boss will summon two laser attacks. At 15%, it will constantly enter shockwave attack mode. Keep watch for the underlying exhaust port to slowly degrade its health and eventually you will win.

The basics: Three drones that must be destroyed simultaneously. They constantly spawn explosive drones that hone your team – and weak spots are only revealed when drone bosses are separated from each other.

Strategy: The 3 'heads' of the Cerberus are healed when they are close. Their weak point will also be locked when they are near another "head". Approach them and they will start following you. To defeat this boss, you need to assign each player the aggro draw by getting close to a "head" and moving them away from each other.

You will have to hurt them all at the same time. After shooting them, focus on reducing the three “main” health bars to around 5%. Don't destroy them! They will regenerate unless all three are destroyed at around the same time.

They will bond with each other with red insta-kill lasers at around 50% health. Keep players assigned to draw aggro and rotate them clockwise. Make sure everyone is heading in the same direction, otherwise you'll get sucked into those weary red lasers. With everyone working together, that final trick is possible. It's also very, very difficult.

add a comment of Ghost Recon: Breakpoint – How To Beat All 4 Raid Bosses | Titan Raid Guide