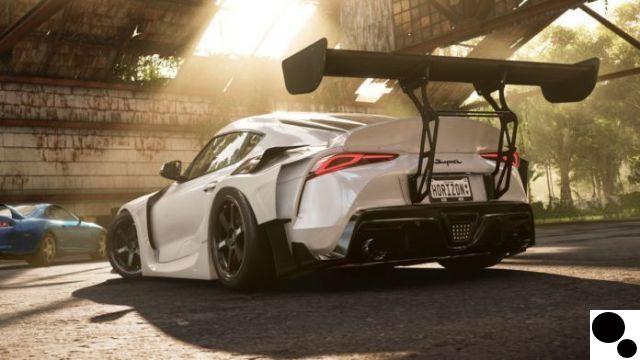 New horns, clothing, and emotes are also on the way.

The past month has been a good one for Forza Horizon 5, with the title accelerating to become the best racing game in recent memory. The development team at Playground Games seems determined to gradually improve the game, and the upcoming Series 2 and 3 updates will add plenty of new content to the hit title. The announcement was made during the last Forza Horizon 5 Let's Go! stream, and the holiday season is looking bright for those still glued to high-speed gaming.

For starters, players can expect 24 brand new cars in the next two updates. These can be earned through the Forzathon Store, Festival Playlist, Car Pass, and other sources. Series 2 will begin on December 9 and will last for four weeks, after which Series 3 will begin. All new cars are listed below.

Along with this huge selection of new rides, players can expect new ways to customize their cars with new horns, clothing, emotes, and additional content. Holiday-themed decorations will also be added to the world, so keep an eye out for Christmas trees, candy canes, and presents during Series 2. Horizon Stadium will be transformed into an ice rink, and Series 3 will add decorations and the world is changing keeping in mind the global New Year traditions. Both series will of course add new challenges and events to the festival playlist.

During Series 2, players will be encouraged to provide a new challenge to fellow community members. While gifts can be given away as usual, players can gift all Forzathon Shop purchases to friends or random players. Once enough players send gifts, everyone will receive an exclusive outfit and a brand new secret car.

Forza Horizon 5 is available now on PC, Xbox One and Xbox Series X/S. The title celebrated the biggest first week in Xbox and Game Pass history and attracted over 4,5 million players in the first week.