Cyberpunk 2077: next-gen version and major update in the first quarter of 2022 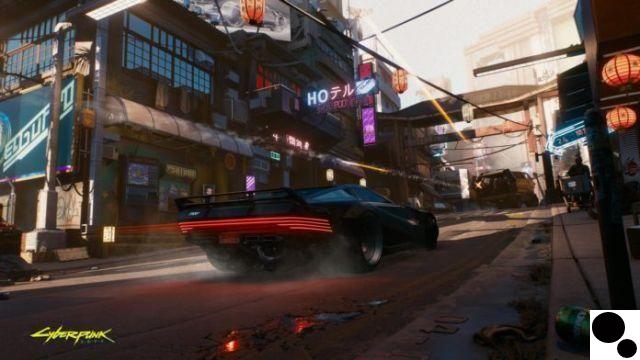 Cyberpunk 2077 developer CD Projekt Red has finally given a schedule for the game's release on PS5 and Xbox Series X/S. Although the next-gen version was originally slated for late 2022, the developers now say it's "on track" to launch in the first quarter of 2022. An expansion will also arrive alongside the update.

The news came in CD Projekt Red's quarterly earnings update. The company's president and co-CEO Adam Kiciński said in a message to investors that Cyberpunk 2077 will receive its next big update in early 2022. This comes just after last month when the company announced that all of its updates Planned updates would be delayed until 2022. Having a more concrete timeline is exactly what fans have been wanting to hear after the game's very buggy September 2022 release. These updates are what Cyberpunk 2077 needs after its rocky start. which involved being removed from the PlayStation Store and then being added back once it became a bit more playable.

CD Projekt Red has also promised that players who purchased Cyberpunk 2077 on PlayStation 4 or Xbox One will receive the next-gen version for free. This is great news for those who already play the game on next-gen consoles such as the PS5 or Xbox Series X/S via backwards compatibility.

Kiciński also mentioned the “work in progress” being developed for Cyberpunk 2077 saying, “In parallel, we continue to transform our studio, which is affecting more and more production teams.

The next-gen version of The Witcher 3 is also slated for release between April and June 2022. The game would receive visual upgrades as well as new in-game elements based on the popular Netflix series.


It's a great time to pick up both games as the holiday sales are upon us, it could be a good way to get future next-gen games at today's prices.

Cyberpunk is back on the PlayStation Store, but still shouldn't be played on PS4 ❯

add a comment of Cyberpunk 2077: next-gen version and major update in the first quarter of 2022