Cyberpunk 2077: How Romance Works | Guide to all love interests and companions 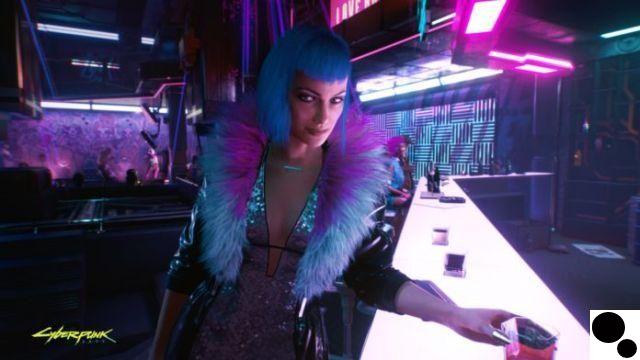 Romance doesn't mean much in the twisted world of Cyberpunk 2077. Most of the characters you'll meet are up for a quickie, but some of them are long-term companions you can build lasting relationships with. . Here we are going to talk about every character in the game who has their own romantic seduction storyline.

These relationship options are locked to specific genders (which is an outdated notion in the sci-fi future but it's part of the game), you might want to spoil yourself just so you can plan your character creation by result. All of these characters can become close partners to the player character, but you might get the chance to make them more than just friends...if you understand my drift.

All male and female partners of V | Romantic Options Guide

[[Work in progress: Check back soon for more details! We're going to list all the other characters you can sleep with here – there are plenty!]

Romance is pretty straightforward in Cyberpunk 2077. If you meet any of the following partners, be sure to follow these common goals to get them on your side.

It's very simple. There's no weird stuff here – you don't get married, and there are dozens of random characters you can hook up with briefly. It's just a one-off thing, and even the scenes with the main characters aren't as explicit as the marketing suggests.

There is no timer to respond to these characters, so you can complete romance side quests at your leisure.

Encountered at the start of the game in act 1. She appears as an important plot NPC for " Break it"Main mission. She doesn't become a lover until 2 act, " Disasterpeace“- completing this mission, if you are close enough, you will be invited to her house and can continue.

Judy is a Braindance programmer at Lizzie's Bar and a member of the Moxes Gang. She is the only lesbian romance option in the game.

Meredith is a Militech Exec you meet early in the game – and she featured prominently in the early mission overview videos in the game's promotional materials. If you help her achieve Militech's goals, she'll will offer to sleep with you. As a date, she will become romantic with either V.

A large one-man bruiser that becomes available after completing the 2 act, " I fought the law » side quest. Elizabeth Peralez's questgiver will send you on this side quest, so don't skip it if you're looking for male companionship.

Panam is a tough woman in whom you will find 2 act, " Dead city”- she can't be missed, but you can ruin your relationship if you don't treat her right. She's a traditional woman and she prefers someone who isn't so avant-garde. Offer to be her friend first and she'll eventually warm up to you...if you complete all of her companion missions.

The only character you will meet and romance just by completing their main quests. More information to come.

Former member of the Samurai and wealthy member of society living in North Oak. Complete his side quests to begin his companion quests. More information to come.

He is the only male gay romance available in the game.

Follow Johnny Silverhand's side quests to eventually warm up to Rogue. Hitman and current owner of the Afterlife Bar, Rogue was involved with Johnny Silverhand and his raid on the Arasaka Company.

[[More to come soon! We'll be checking every corner to see what other major characters you can mingle with.]

Cyberpunk 2077: How to Complete 'Beat the Brat' Side Tasks | Battle Arena Tips ❯

add a comment of Cyberpunk 2077: How Romance Works | Guide to all love interests and companions