Assassin's Creed: Valhalla – You can get Thor's hammer for real | Guide to Legendary Armor and Mjolnir 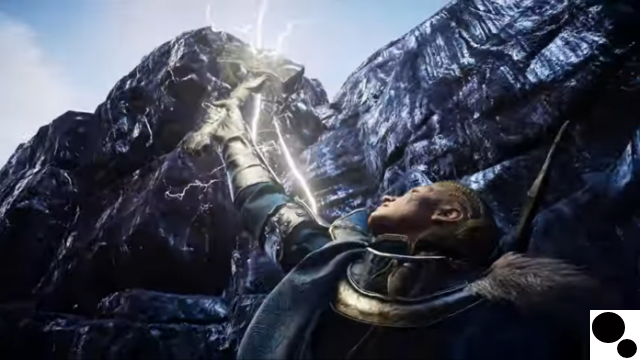 Mjolnir's awesome electrical power can be wielded in Assassin's Creed: Valhalla - but only if you're worthy to claim the divine weapon. We all know Mjolnir from Thor, the god of thunder from the Avengers movies (and games), but this legendary weapon of destruction exists for real in Norse mythology. There was no way the developers could leave this weapon out. It's sort of an easter egg, and it's kind of a secret bonus weapon.

Earning the Mjolnir requires a full game – only after completing the story will it become available, and you'll need to find 5 pieces of armor, dagger keys, and do a lot of exploring. It's a confusing quest. So we include text hints only if you don't want to spoil the hunt on your own. That's a lot to take in, so here's a quick rundown of the steps to get the biggest hammer in history.

To acquire the Hammer of Thor – the Lightcaller Mjolnir – you must first complete the 5 Piece Thor Armor Set.

To get three pieces of armor and the keys to unlock all four pieces, you must defeat special opponents called the Daughters of Lerion. These unique enemies patrol specific locations in East Anglia.

After defeating all of Lerion's daughters, you can use the daggers they drop to unlock Thor's helmet.

After getting Thor's helmet, you should have 4 out of 5 pieces. The final piece takes a long time and can't be acquired until much later in the game.


Now that you have 5 pieces of Thor's armor, you can get the Mjolnir. Put on Thor's armor and return to Norway.

By collecting Thor's hammer, you will earn the Worthy achievement / trophy. And an awesome weapon!

add a comment of Assassin's Creed: Valhalla – You can get Thor's hammer for real | Guide to Legendary Armor and Mjolnir