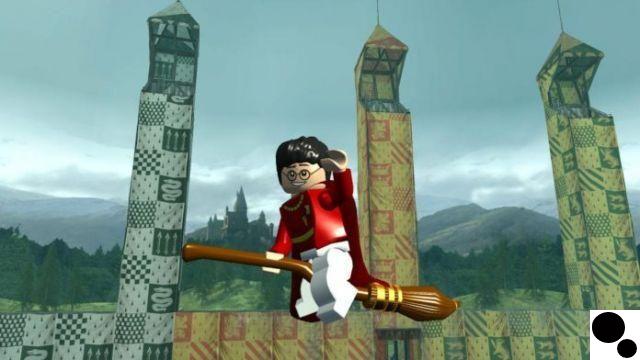 Harry Potter is a beloved franchise. From novels to blockbuster movies, fans everywhere can't get enough of this universe. We've even seen plenty of video game titles hit the market with fans eager to get their hands on Hogwarts Legacy. Although Hogwarts Legacy has been delayed out of 2022, it gives some fans some time to replay or learn about other past Harry Potter video games to try in the meantime.

Harry Potter: Hogwarts Mystery is a smartphone title that has attracted many enthusiastic fans to dive into the game. It is a game that takes place between the events of Harry Potter's birth and his first year at Hogwarts . In this game, players will see many familiar faces from the staff establishment as they embark on their journey to attend this prestigious school. We learn that our protagonist's brother has already been expelled from school after trying to open cursed chests that are supposedly hidden somewhere in the grounds of Hogwarts.

Meanwhile, players go through the game completing different classes and activities while the storyline is based around the Cursed Chest. Unfortunately, this game received a bit of flack for the number of paywalls featured in it throughout the game. This left players quite limited in terms of what they can do in this game, as you are forced to experience a long wait if you don't opt ​​to pay for certain in-app microtransactions that allow players to quickly bypass the wait. As a result, a majority of fans would suggest skipping this title, otherwise you'll be stuck paying quite a bit of money.

These games are based on the movie, so you're going to see the narrative hit the big time. Meanwhile, the gameplay is based on third-person action RPG elements, so you'll have the ability to cast magic with your wand, attend classes, and fight against the dark arts. However, it should be noted that the first installments seemed to have strong popularity, video games continued to see a decline in ratings.

It wasn't long after the success of Pokemon Go that we started seeing alternatives. One of those is Harry Potter: Wizards Unite, a smartphone game that tasks witches and wizards around the world to come together in a battle to stop Muggles from discovering magic. To do this, players can activate their GPS location services on their smartphone and venture outside for a walk while trying to find locations in the app. It's a game that looks a bit like Pokemon Go with different areas and icons appearing on the map for players to visit.

While Pokemon Go offers Pokemon for players to catch, this game is mostly centered around casting different spells to get rid of magical beasts and unusual sights from the public eye. Instead of throwing a ball to capture a Pokémon, players will need to mimic wand movements on their screen to successfully cast the spell to clear the area or defeat the enemy boss. Meanwhile, there are different raid-like events that multiple players can participate in and complete together.

Everyone's favorite magical sport is featured in its very own video game. Harry Potter: The Quidditch World Cup is all about the game of quidditch as players fly around broomsticks and work their team to rack up points. It's an underrated little gem as it's just an overall fun game to play as you pass the ball to your team, try to dodge opponents and take shots through the various goals.

Likewise, the game features the golden snitch that will appear, giving players a chance to fly across the course in an attempt to catch the incredibly fast little ball in the air. Honestly, we can't say much more about this game, but fans who enjoyed the title when it first launched are probably hoping that Hogwarts Legacy can release a revamped version of this title's minigame.

Book of Spells is a game designed primarily for young audiences and it's one of the PlayStation Camera games on our list. With Book of Spells, players use the PlayStation Move controller with the camera to go through an AR storybook-like game. It is a PlayStation 3 title that allows players to go through the fictional book of different spells that players can imitate with their PlayStation Move controller. Again, there's not a whole lot of depth here, but for a young child it's an exciting AR game to dive into the Harry Potter universe.

Another game worth mentioning is the sequel to Book of Spells. This title was released a year later in 2022, with players receiving another AR Book to play with. Much like the previous title, players will need the PlayStation Camera alone with a PlayStation Move controller. This title may have a little more content for gamers, as the developers released a storyline in which our protagonist discovers a mystical book that was written by a young Hogwarts student hundreds of years ago.

Through the use of this book, players can brew incredibly powerful potions. Now players find themselves enrolled in the Wizarding School Potions Championship. Plus, players will slowly learn more about Zygmunt Budge, the mysterious student who wrote the book all those years ago.

Lego games are always a popular hit with fans. These are generally great games that offer a parody of the source material's narrative while also providing fun brawl-style mechanics. To a good extent players can usually expect puzzles to be solved as well and at this point we have Lego Harry Potter: Years 1-4. The title should be pretty obvious as to what you can get yourself into. wait for this game.

Here players are given a recap of the Harry Potter franchise for the first four films. This title offers two-player split-screen which allows players to work together, although this will mean that some of the scenarios will be changed to allow both players to play the game. For example, rather than part of the game being entirely based on Harry Potter, a secondary character like Hermione could join him.

To wrap up this list, we have Lego Harry Potter: Years 5-7 which again picks up from the previous point. Here we have the finished Lego adaptation of the Harry Potter films. Much of the same gameplay and mechanics are featured in this title as well, while the developers have helped give this title some slight improvements.

For example, it is possible to use certain spells like Wingardium Leviosa without having to select that specific spell each time. Again, if you enjoyed the previous point and the game which offered a slight parody take on the iconic wizard storyline, you should have just as much fun here.