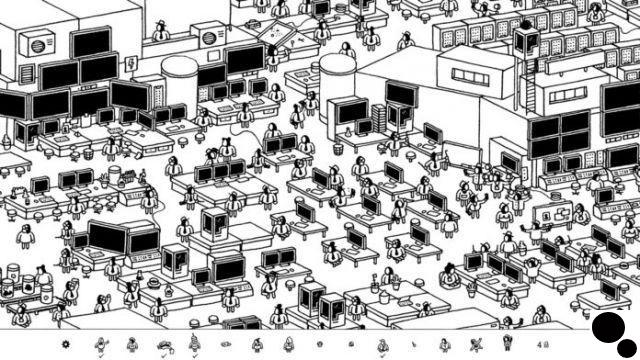 There is great interest in hidden object games. From the massive line of books that pins readers to search for an image to video games now. These games are also quite relaxing as you browse the image for a particular object. Likewise, these video games also made things a bit more interesting with a storyline to go through. Although some titles may have additional mechanics, the core game remains the same. Players simply need to find the hidden object.

Cozy Grove is a game that acts a lot like Animal Crossing in both gameplay and visuals. Here in this title, players take on the role of a spirit scout who visits a wooded area with many spirits in need of help. It's up to you to complete the different objectives and restore dynamism to this area. However, to do so, players will need to venture out and speak with various spirits that inhabit the area. The more you help these characters, the stronger the bond of friendship you will weave with them.

These characters will have certain items or objectives to complete, in which case you will need to search the island for the specific items or materials needed to craft the item. Although visually this game somewhat resembles the aesthetics of an Animal Crossing game, there is another component that makes this gameplay a bit like Nintendo's popular simulation exclusive. In Cozy Grove, time moves in real time and the developers encourage players to log into the game daily to complete different challenges.

Prop hunting in various video games is always fun to play with friends and on the PC you can pick up Witch It. This game was released in 2022 from the developers Barrel Roll Games and it's just a fantastic new take on the prop hunting game mode. Played online with friends, players are either a witch or a hunter. As you can probably guess from the titles alone, witches are players who can freely shapeshift into different objects around the map. During this time, hunters will be the players actively searching for witches and shooting them down.


With a turn count delay, witches are forced to quickly hide or run away as a prop when spotted. They will also be able to swap with another prop to destabilize players if spotted. From there, hunters just have to find all the props before time runs out. There are multiple collectibles to unlock and even a level editor so players can create their unique level design filled with accessories for new game matches.

If you like searching for objects and solving puzzles, a series of games that you might find fun, in general, is The Room. There are currently four installments available for the franchise and each offers a wide array of different gear and areas full of puzzles to solve or items to discover. Now this game lends itself more to the puzzle aspect, but there are many instances where you are actively searching areas for items or solutions.

Some have even compared this game to an escape room where it's very atmospheric and you're constantly moving things around and trying to get a new vantage point to uncover something hidden. Moreover, these games do not take much time to complete as you only take a few hours at most to complete them.

If you're looking for something more traditional like the Where's Waldo books where you're just looking at a photo looking for a particular character, then Hidden Folks is the game for you. It's just like those lovely old picture books where we get a big animated overview of a place. With a simple design and devoid of bright colors, players simply search for specific items or characters.


What you might find amusing are the sounds that come with this game because everything you click on is done vocally by the development team. You can't get much more relaxing gameplay than this as you sit back, search the map, click to knock down bushes, open doors and blinds in hopes of finding that missing character or object in the wild.

Coming out of the video game episode Hidden Folks, we have another title that acts very similarly and that's Hidden Through Time. It's the same concept where we have a large animated animated map and a multitude of different characters or objects to find in the area. You will again open doors among other objects to see what is hidden inside. However, what is different between Hidden Through Time and Hidden Folks are the visuals.

Here in this game you will have vibrant and colorful levels and the levels themselves will be based on different time periods. Moreover, this game offers a level creator mode with the various tools to create your unique levels and hidden object objectives for players to search. This finally opens up the game with more levels to complete long after completing the game levels designed by the development team. Likewise, those of you who want to get crafty can also create your unique levels to share with other players around the world.

Grim Legends is another series of games you might be interested in if you are looking for hidden object games. There are scenarios in these games to advance the game while most of the gameplay is centered around puzzle solving and finding objects. You will interact with the world and try to figure out how to overcome different obstacles using various objects.


If you successfully combine an item or interact with the game world, you'll see a cutscene that changes the landscape a bit to offer something new. All in all, this is a game that offers a bit of nostalgia to those of you who enjoyed the early adventure-type PC games of the 1990s. All you have to do is search the scene by pointing and clicking on the different elements.

Rusty Lake Hotel is a bit of a point-and-click dark hidden object adventure game. In this title, we are invited to a resort area known as Rusty Lake Hotel where the group of guests will not only go for a moment of relaxation, but also to participate in delicious dinners. You are in charge of finding the different ingredients for these dinners. With the world under animal control, you'll soon find that guests make up the ingredients for certain dishes. Here you will have to interact with the game world in search of optional ingredients and solve a multitude of puzzles to obtain your guest's precious meat.

I won't spoil anything here for you, but every guest has a certain piece of the puzzle as to how best to handle them when it comes time to eat their meat. It's a relatively short game to make as it lasts around two hours, but you'll also find that this title is also pretty cheap at just $1,99 on Steam's digital marketplace.

#3 When the past was there

When The Past Was Around is another hidden object point and click game you might enjoy. This title gives players nothing in terms of narrative and instead you will have to interpret what happens during the scenes yourself. That said, the developers noted that this title is based on a young woman named Eda who navigates her way through a journey of dreams, hopes, heartache, and love.

The title is what you would expect from a point and click game where you will be given a level to freely click on different objects to interact with or to find a hidden item in the area. Meanwhile, there are plenty of puzzles to solve along the way. Luckily, there is an in-game help button that will highlight items you can interact with, so if you're ever at a loss for what to do, the game provides some type of way to help players.

A final series to mention is Enigmatis, of which you might find a few titles worth picking up. For example, I will cover the first part with Enigmatis: Ghosts of Maple Creek. This game centers on a small town that has just been hit by a massive storm turning most things into a heap of chaos. However, you soon realize that the town you are exploring is part of an unusual supernatural mystery with evil just seeking to arise and cause terror.

Players here explore the city in hopes of uncovering the mystery, and just like previous titles on this list, you'll not only have a few puzzles or puzzles to solve, but a ton of items to uncover. These are story-based games with a ton of hidden objects to discover and a series we think you should check out.

Finally, another game we think you might want to check out if you haven't already is Abyss: The Wraiths of Eden. This title feels a bit like the BioShock setting as you enter a city at the bottom of the ocean. In the game, we follow a young woman in search of her significant other when he disappears from a deep dive. As you venture through its last known locations, you come across Eden, a city built underwater though what remains here is nothing but evil.

This is another point-and-click adventure game, but with plenty of hidden object moments. As you search for items there will be a variety of puzzles to complete with the story bringing out a few twists along the way. Similar to other titles on this list, you'll also find Abyss: The Wraiths of Eden is another game that won't take players very long to complete as you're looking at roughly three hours in total to complete the main storyline.

add a comment of 10 Best Hidden Object Games on PC